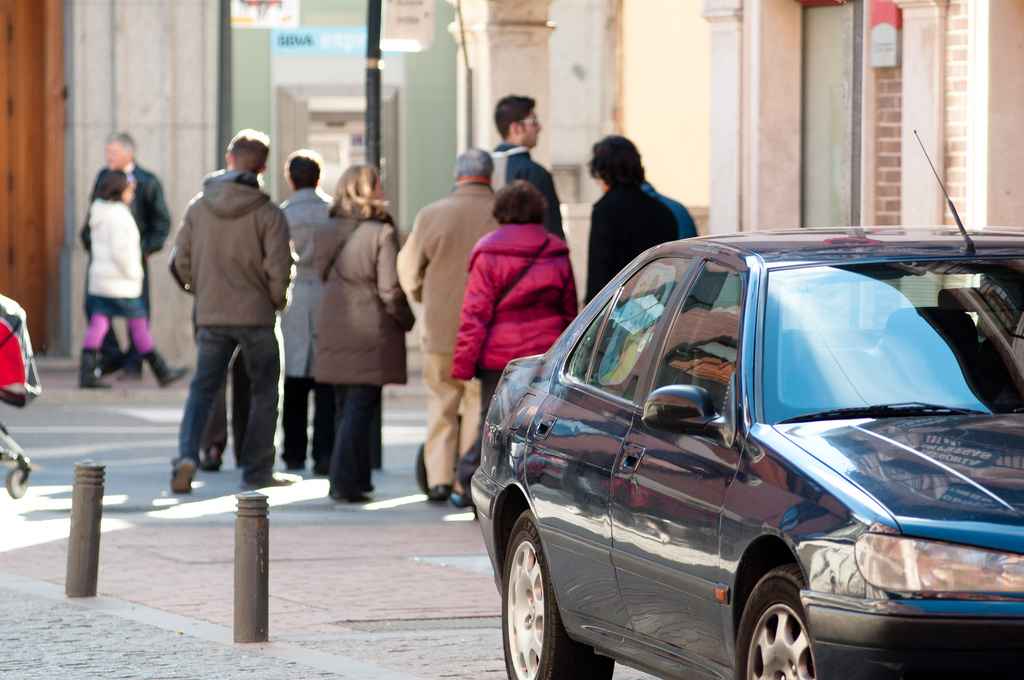 One of the characteristics of this Spanish the tendency is to use «th» sounds in place of «z» or «s» sounds in certain linguistic settings- such as in the word «zapatos» (shoes). In addition the “b-v” and “y-ll” sounds are often pronounced almost exactly alike.

In Spain, “ustedes” is used only in a formal context. Everybody uses “vosotros” instead. There are other minor differences like the widespread use of «le» instead of «la» and «lo» as direct object, especially referring to men. And the letter “j” as well as the letter “g” before the letters “i” and “e” are pronounced as a stronger velar fricative and very often the friction is uvular, while in Latin America they are generally guttural as well, but not as strong.

A final characteristic of madrileño Spanish is that the accent is fairly traditional and easy to understand (lucky for us foreigners!), especially compared to the accent in some other regions of Spain. For instance, in Andalucia, speakers tend to «eat their words,» or not annunciate very clearly.

Overall, Alcalá is a great place to learn or improve your Spanish language skills, with a relatively traditional accent, and even more important, friendly people who are happy to engage in conversation.

Plus, many people in Alcala are bilingual, particularly with English, so if your Spanish skills are not yet up to par, don’t worry – you will find people with whom you can communicate.