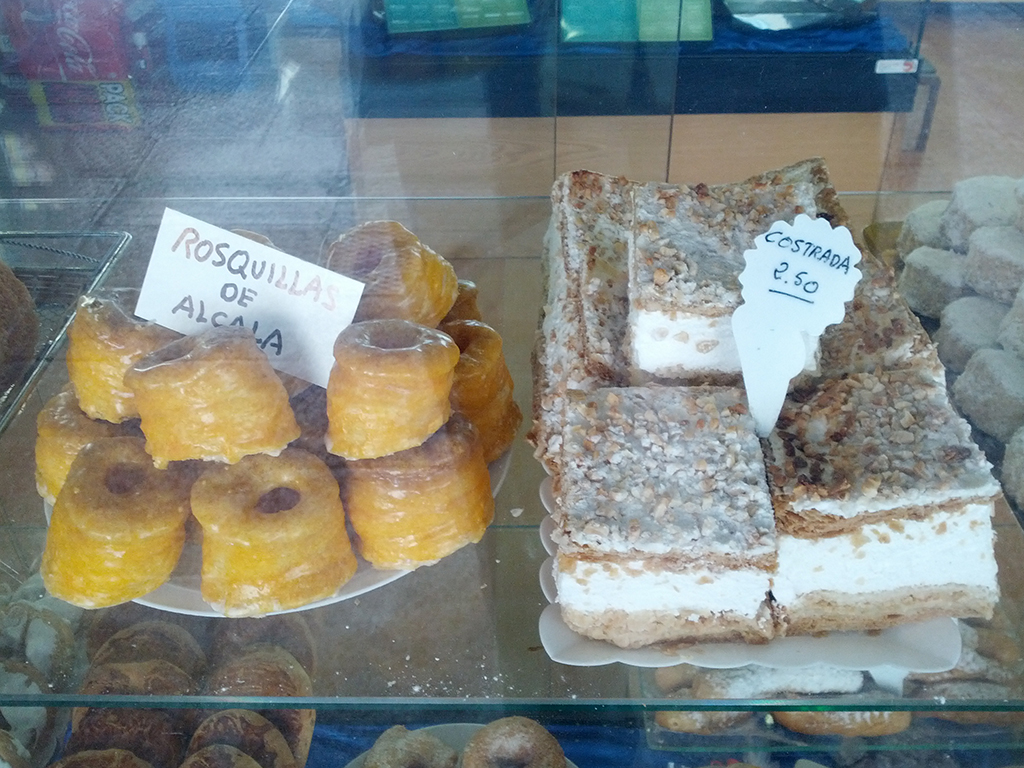 Alcalá de Henares is well known for its food, but the reputation and quality of its sweets also attracts large numbers of tourists and fans of pastry all over the world.

If there is something typical and characteristic of Spanish culture is its gastronomy: typical, varied, tasty and worldwide recognized for being beneficial to health. Alcalá de Henares’s gastronomy is plenty of typical dishes of Castilla-la Mancha cuisine alluding archetypal Don Quixote’s meals such as: garlic soup, fried breadcrumbs with chorizo or fried eggs. 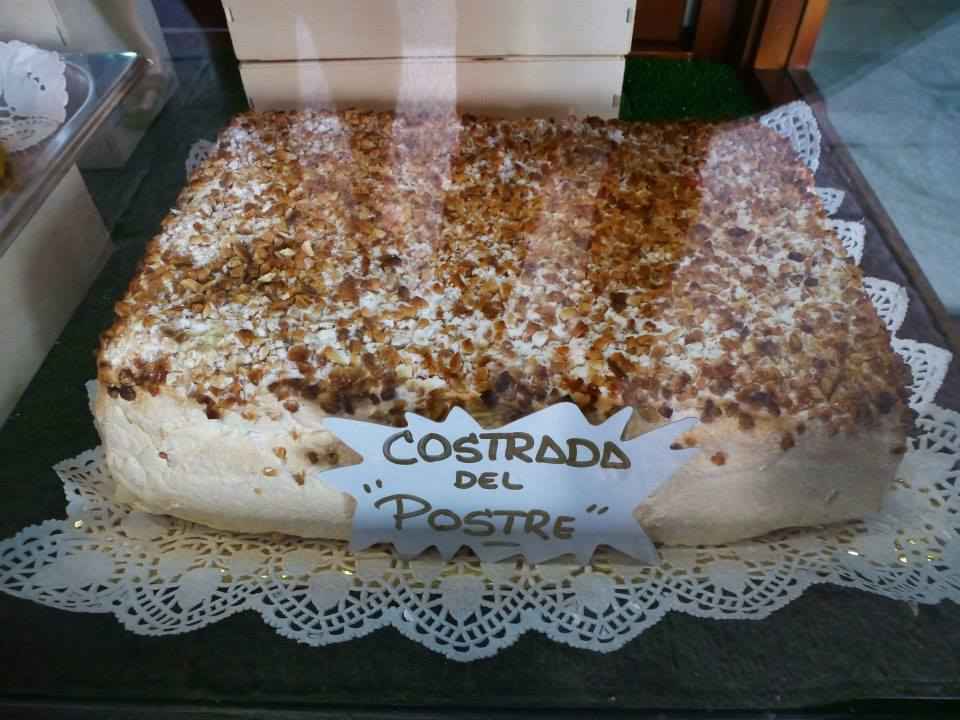 The costrada is a delicious cake made with puff pastry filled with cream and meringue and covered by chopped almonds cooked au gratin. As the years went by, local and national people spread its fame until today, when the costrada is offered in almost all touristic restaurants. In many of them, they are curiously served with custard.

The pastry shops Salinas and El Postre have been considered by everyone as the creators of Alcalá’s costrada recipe. Despite the disappearance of both confectioneries, Salinas employees have opened a new pastry-shop at calle Mayor, so its memory is not entirely lost, and you can delight yourself tasting costradas while visiting the historical Alcalá’s city center.

Click here to read more about the Costrada of Alcalá. 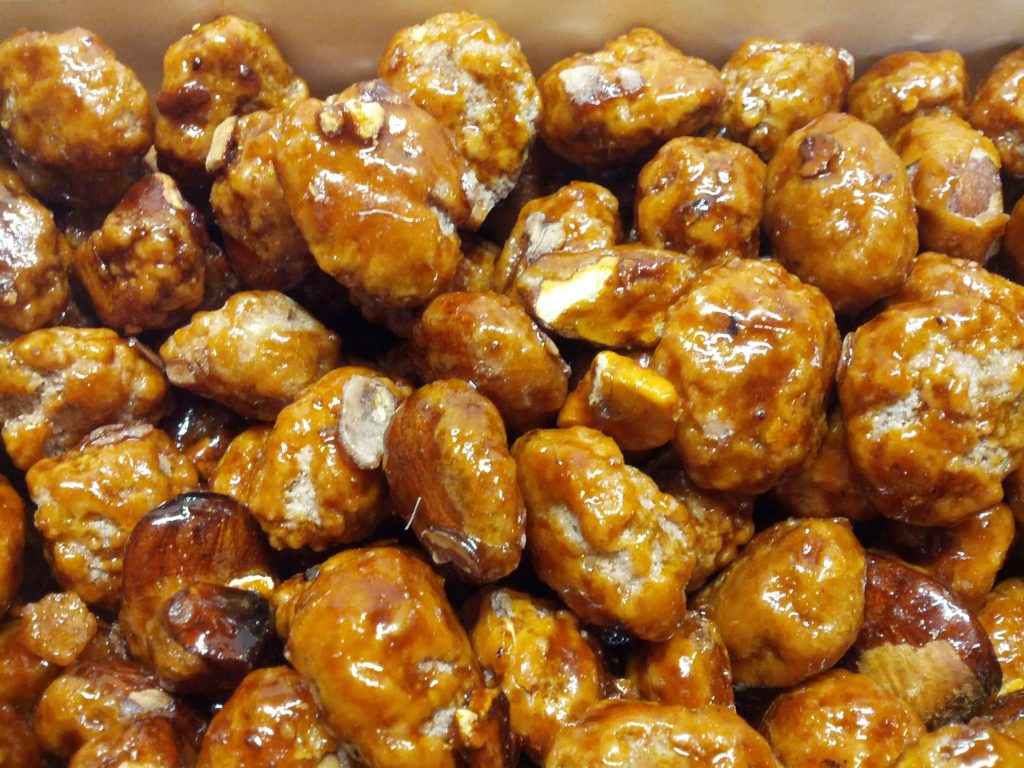 Almonds of Alcalá are Alcalá’s sweets par excellence. Probably of Arabic origin, there are documentary evidences of its existence since eighteenth century, so they have been traditionally famous as Alcalá’s gastronomic ambassadors.

If you want to know the most curious, and tourist traditional way to buy Almonds of Alcalá, click here. 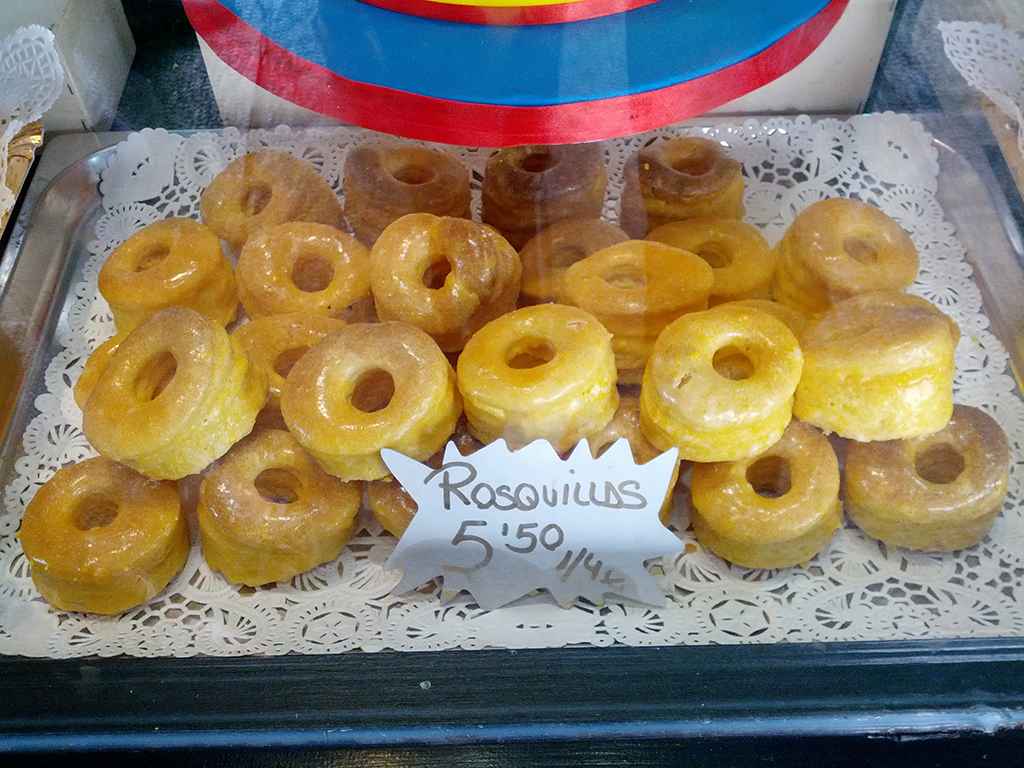 Ring-shaped pastries (Rosquillas de Alcalá) are a confectionery product very extended in Spain, especially Madrid, and there are varied specialties: dull, smart, Santa Clara’s, French’s… The most famous Alcalá’s ring-shaped pastries have a characteristic yellow color are those called smarts.

Alcalá’s ring-shaped pastries are made by a flour dough, eggs and sugar, with a hole in its center. The pastries were originated in the Rome Empire, where bakers were forced to cook in fifty ovens a certain daily quantity of bread. Then, when their daily duty of preparing such essential food ended, bakers used the ovens which still hot to prepare roasts, pies and desserts as ring-shaped pastries.

Click here to find out why the Alcalá’s ring-shaped pastries are «smart». 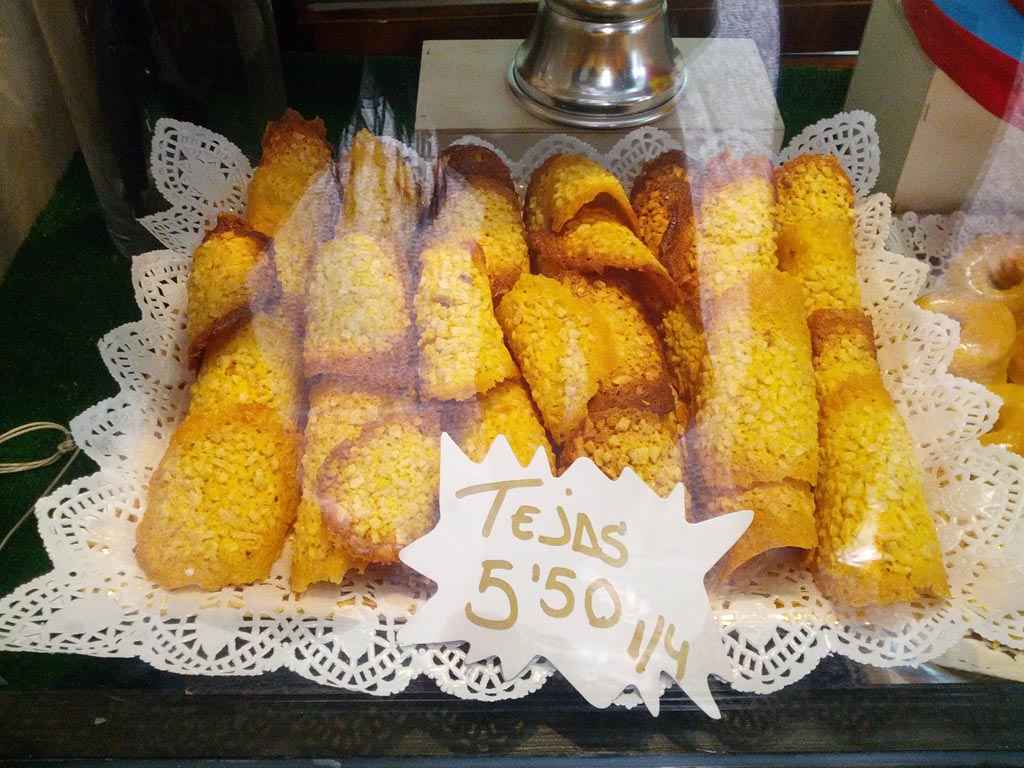 Tejas or tiles are pastries to have with tea, coffee, or desserts made by sweet wine or liquor. Hence, you can enjoy a sweet and smooth bite at any time, a very popular fancy among Alcalá de Henares confectioneries.

Tile is a Complutensian dessert directly linked with others—such as costrada and sugared almonds—through a fundamental ingredient in Spanish confectionery: the almond. This is what gives life an especially delicious taste.

Click here to read more about the Tejas of Alcalá.

The celebration of Holy Week in Alcalá is followed by more than 100,000 people. Gathering together visitors and city inhabitants, both the faithful and tourists attend processions. Such festivities are linked to a centenary gastronomical tradition adapted to the Catholic religious rule of this period, as the prohibition of eating meat. Confectionery has a special role in this celebration, represented in Alcalá by torrijas [French fried toast], and chocolate and almond penitents.

Apart from torrijas —the greatest sweet in that interval in Alcalá—, since a few years ago, confectioneries of Alcalá offer penitents, which are only so by name, as when you taste it, you see they are in fact a sweet and joyful “penancy”.