Dream AlcaláTourist informationHow it is the city of Alcalá 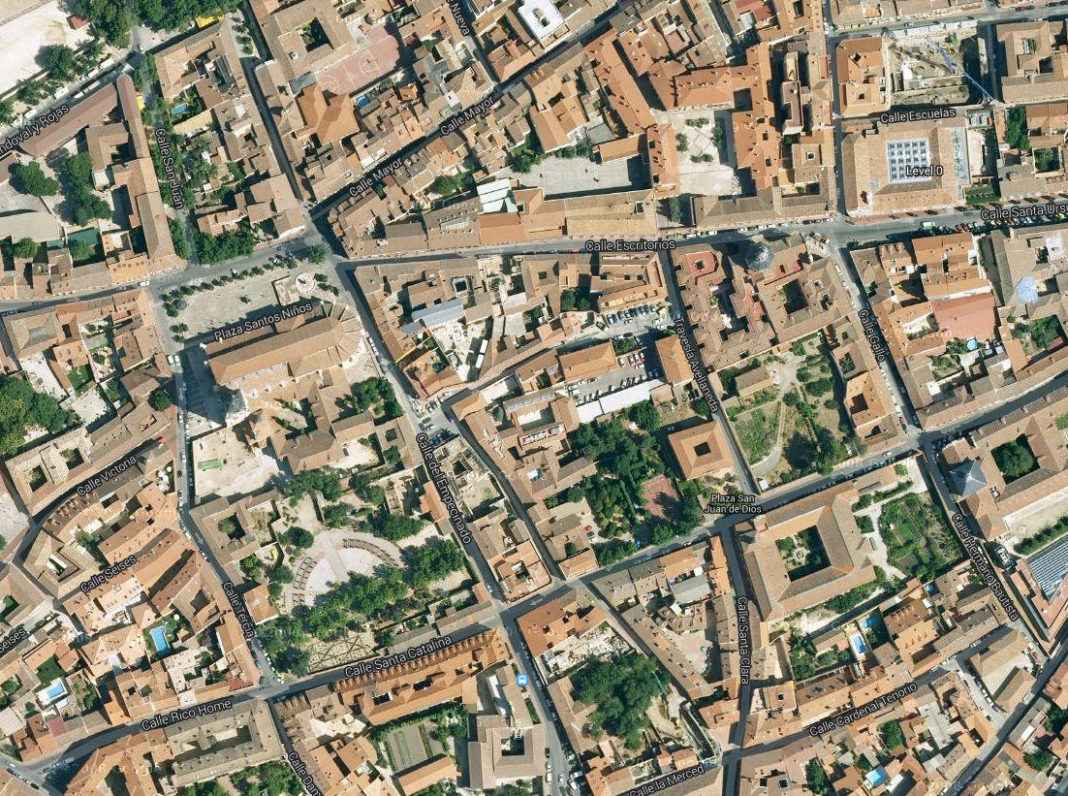 How it is the city of Alcalá

There are not greatest megalopolis spread across Spain—certainly nothing remotely similar to New York, Los Angeles, Mexico City or Tokio. Madrid—the biggest Spanish city—have around 3,233,527 inhabitants. Though Madrid is the sixth biggest city of Europe, at a worldwide level, its size or population is not especially relevant.

Alcalá de Henares, situated near Madrid, has an area of 87.72 km2 and about 200,000 inhabitants, being such figures at the same level as many Spanish provincial capitals. Therefore, in Spanish terms, Madrid is a middle size city with everything a metropolis could possibly offer and, however, it is still being easy to move from one place to another without need of losing all day in the car.

As in most European cities, Spanish urban centers have in general a historical city core made up by small streets—almost a labyrinth—that have always been the liveliest part of the city. The center of the city—crowded at any time of day—is full of countless stores and restaurants whose crucial hours are comprised between 10 in the morning and 10 at night. Besides, the presence of pedestrian streets have become popular among narrow roads by which cars do not use to run anymore—sometimes even by a square, or a park—inviting visitors to have a peacefully walk.

The pedestrian street par excellence in Alcalá is calle Mayor, and the most important square is doubtless plaza de Cervantes.

The historical city center is, apart from the city’s commercial zone, where all small typical establishments and international clothes retail chain are placed. Even though during the last years several small enterprises have been forced to close by superstores and multinationals pressure; there are still being some centenary stores passed from generation to generation. And without a doubt, there are dozens of bars and restaurants where taste typical Tapas of Alcalá.

Around historical city centers, more actual and less crowded neighborhoods are commonly placed. Normally, such areas are far less frequented then the center, though depending on its distance from the city core, they could have plenty of life. People who live in suburbs and workers coming and going every day to their offices make possible the presence of stores and other services. In these neighborhoods, wider and straight streets favor the presence of a higher quantity of traffic.

Curiosity
Vía Complutense (Google Street view) is the main Alcalá’s avenue. In the old days, it was part of the national road linking Madrid with Zaragoza and Barcelona, nowadays named after A-2 motorway, which changed its path with the construction of a beltway in order not to cross the city anymore (video).

Beyond suburbs near to center, the outskirts of the city hold endless office buildings, industrial states and big shopping centers. Some of the main neighborhoods of Alcalá’s extension are El ensanche (video), Espartales (video) and La Garena (video). All of them are modern areas with apartments, detached houses and plentiful landscaped areas.

In Spain, most people live in apartments instead of houses, placed among different neighborhoods into the city. Inhabitants of midsize cities as Alcalá usually prefer to walk or move around just by using public transport. There are much people who only drive their car when they have the necessity of going to another town or making big shopping. Anyway, remember that it does not mean that Spanish cities are out of traffic, there are lots of cars and traffic jams!

People who work and study near home use to travel walking, while longer journeys are made by public transport, mainly thanks to the urban bus network.

Walking by the center of a Spanish city as Alcalá is a nice experience, especially for people used to wide and interminable deserted streets that never end. Lots of historical city center streets such as calle Mayor has stone pavement and are full of old buildings, which immediately transport you back to a previous historical period. Besides, going everywhere walking or by bus is a great way to discover and know a city’s secrets.

In order to guide you by Alcalá, look carefully at the names of streets and the numbers of buildings. Streets names are never cold or meaningless abstractions, neither is numbering. Historical character names connected somehow to the city, or words related with activities that in the old days were practiced in such place name every road. For instance, into Alcalá city center the visitor may find streets as Cervantes, Manuel Azaña (Alcalá’s citizen illustrious for being president of the Second Spanish Republic), Goya or Quevedo; but also other with names such as Libreros, Colegios o Escritorios.

Streets numbering begins from the city center, meaning that number 1 is in the nearest end to city center. Besides, numbers are not correlative, visitors will see even numbers on one side of the city and odds at the other; so if street numbering begins with 1, it would be next to 3 and in front of 2.

If you are used to squared blocks and streets with numeral names, moving through the city might at first turn to be a little gossipy, but the truth is that most foreign visitors enjoy wandering around small central streets and discovering the surprises hidden in the most historical corners of Alcalá.

Walking through the streets of Alcala reminds me of being in a different century. The city’s center unites Spanish history, culture, and architecture.

One of my favorite hobbies here is roaming up and down Alcala’s cobblestone roads and admiring my surroundings. I live very close to the center and I am able to walk to the Institute instead of taking the bus. The passage through Alcala’s center is a very familiar daily route that I enjoy more every day. Thirty minutes round trip to and from class plus several additional trips to meet with friends makes for a lot of walking.

I do not mind the walking because it serves as a way to discover and explore more of Alcala. I love the cobblestone patterns that cover the pedestrian calle Mayor. Streets like Calle Mayor amplify Alcala’s historical ambiance but make it difficult to walk in heels (girls: Don’t wear stilettos!) And when I look up I enjoy seeing storks that nest on the historical buildings.

Between 5pm and 9pm, after siesta and more work but before dinner, the downtown center is packed with Alcala citizens walking through the streets. This early evening time is for going shopping, getting drinks, eating tapas, and enjoying Alcala´s picturesque atmosphere.

There is a down side to walking through Alcala – the crazy drivers and their cars! But I learned very quickly to only walk on the crosswalks and only cross streets when the little green man allows me to.

Alcalá has a rich history and culture, and if you visit, you will want to learn about it!

People in Alcalá are proud of their history, especially Miguel de Cervantes, the famous author of Don Quijote who was born there in the 16th century. They are proud of their cultural traditions as well, such as the medieval fair that is held there every fall during La Semana Cervantina, a week dedicated to Cervantes that celebrates his life and the time period in which he lived.

The streets of Alcalá are structured differently from many in the United States, primarily because they are filled with traffic circles! This causes cars to constantly slow down, keeping them from going too fast!

There is a fair amount of traffic in Alcalá. It is well regulated and not too busy, but constant. This all reflects how many people travel in and out of Alcalá on a daily basis.

It is a study abroad destination for students from all over the world and is a place in Spain that you do not want to miss!