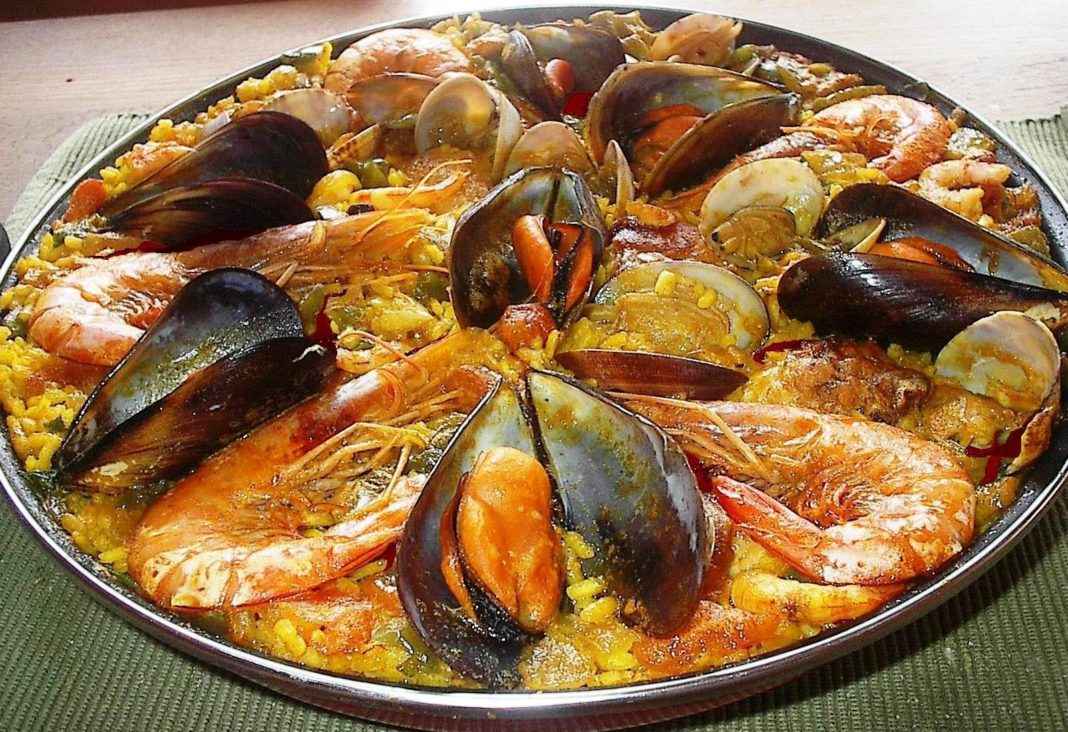 Mediterranean diet is known for being one of the healthiest and most balanced of the world. And Paella and Cocido are its most international famous dishes.

Mediterranean diet is known for being one of the healthiest and most balanced of the world, and though its name refers to the Mediterranean coast, this is a common denomination for almost the whole Iberian Peninsula. Besides having Mediterranean diet, in Spain there are some typical dishes worldwide known, overall paella and cocido.

The Mediterranean diet includes, as its own name says, a series of food patterns shared by all countries of the Mediterranean zone, especially Spain, Italy, Greece, Morocco and Southern France. Its cultural and social importance is such that it was included in 2010 into the Representative List of the Intangible Cultural Heritage of Humanity.

For all practical purposes, Mediterranean diet is not a doctrine—it is not written anywhere or rules in which what can or cannot be eaten are found. It means, this diet is no more than a series of customs and guidelines, not an strict set of rules. Among its basic guidelines, there are the usage of olive oil and the consumption of a great quantity of food with vegetable origin—fruit, vegetables, legumes, cereals, and so on—, milk products and fish. Meat and eggs are also included into the Mediterranean diet, but it is recommended to moderate their quantity. Referring to drinks, the general advice is to drink water and a little of wine during the meals.

The key of Mediterranean diet is the great role of fresh food and seasonal food instead of processed food, and that is why it is so recommendable in terms of health and environment caring. Their benefits are highly proved scientifically, there are researches which demonstrate it reduces the risk of suffering obesity, diabetes, cardiovascular diseases and cognitive damages, among many other disorders.

If someone ask you about typical Spanish dishes, it is sure many names would came up in your mind, since gazpacho to fabada, but none of them as famous as paella.

However, paella is not actually a typical dish from Spain, but from Valencian Community. Nevertheless, it has become so typical that it is prepared and eaten all over Spain, both in cafeterias and restaurants and at home. It is difficult to know what is such popularity came from, but it is probable it is related with money—a very economic recipe—and simplicity—that allows to introduce countless alternatives.

Anyway, even though there are innumerable recipes of paella, non all of them are paellas in the traditional sense of the term. To consider a rice dish to be a Valencian paella, it must fulfill a series of rules. It is true not all dishes sold in many restaurants as paellas are really Valencian paellas, but copies and by-products sometimes not really close to the original one. Valencian paella traditionally contains rice, chicken, rabbit, ferraura—a especial kind of bean—, tomato, olive oil, saffron, garlic and salt. Other common ingredients are different types of meat, seafood, fish or even snails.

Besides, Paella is made in a «paellera»—which is just a metal recipient similar to a pan, with two handles instead of one. Rice made in any other kind of recipient should not be called paella. Although currently it is pretty usual to cook paella in a modern cooker, traditionally, it was made with firewood, a costume that still alive in some places.

Though in Alcalá you can eat excellent paellas, such dish is not really a typical from this area. Madrid’s surroundings have heavier dishes, mainly due to its cold winter, much colder than along Mediterranean coast. With temperatures reaching several degrees below zero, body needs more satiating food, such as cocido madrileño.

Cocido is, as well as paella, a dish with humble origins, cheap and easy to prepare. Normally, it is eaten as main an only dish, and generally it is consumed only during cold weather months. Anyway, although it is an only dish, not every element is taken at the same time. Traditionally, cocido was eaten in three “flights” or stages: soup from cooking comes first, followed by vegetables and potatoes, and finally ended with meat. Nowadays, it is more usual to take soup as first dish along with chickpeas, and meat with vegetables as second one.

As cocido includes many ingredients and it is commonly prepared for at least half dozen people, leftovers are often used to prepare other dishes such as “old clothes” or croquettes.

Cocido and paella, as well as other typical Spanish dishes, can be founded in practically all restaurants, but it is always advisable to go to a traditional homemade food restaurant than to typical touristic establishments. If you really want to taste a proper Cocido madrileño in Alcalá, we recommend you for example the Restaurante Miguel de Cervantes (about 30€ per person) or, a few meters away, El Bedel II (about 25€ per person).

Next, you can observe a brochure (also available in PDF) of restaurants offering Madrid’s Cocido in Alcalá de Henares.