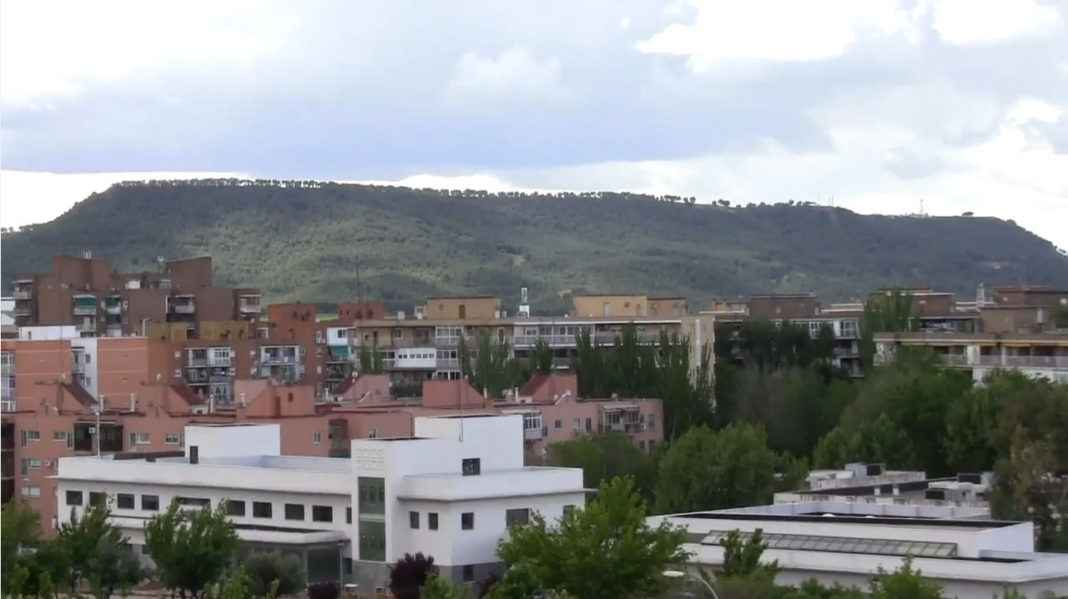 The two hills present in the area of the valley of Henares, in the top of the region of Alcalá, are the Ecce Homo and San Juan del Viso. The Arabs who lived in the area called the later hill Zulema, as a commemoration to the Yebel Suleyman or King Solomon’s Table.

San Juan del Viso hill, as Cervantes has already stated, undoubtedly worth the visit. Anyhow, you can get there by bicycle, by car or walking. As a reward, besides discovering Alcalá’s flora and wildlife, you will enjoy a wonderful sight of the whole valley from a height of 784 meters.

Leaving Alcalá de Henares and following the road to Pastrana, you will go accross Gurugú Hill. The hill is on the right side of San Juan del Viso Hill, in front of the National Park of Los Cerros—holding the Ecce Homo Hill, where the remains of the old center of Muslim Alcalá, an Arabic castle, are placed.

However, San Juan del Viso or Zulema Hill holds the origin of Alcalá. There was where warriors got supposedly settled after Trojan War and where the Iberian Iplacea was founded. After that, the Carpetani built up a hill-fort in a placed named El Salto del Cura, and later on, Romans constructed the first settlement of what would become Complutum, the one in the middle of the valley, closer to the river and with good farmable areas.

Arabs named it Suleimán—after the Jewish King Solomon present in the Old Testament—or Zulema. They had a legend by which Visigoths had hidden the famous King Solomon’s Table, covered of green emeralds, in such hill. An old hermitage devoted to San Juan Bautista built on top of the hill—house of Discalced Trinitarian monks and currently disappeared—is the origin of the current name of the hill, San Juan del Viso.

Nowadays, in the plateau of the top of the hill, there is an olive grove and some crops. A good extension of it is occupied by a military powder keg built up decades ago—today still in use—, fenced and watched and signaled as military area, in the western part of the top flat. 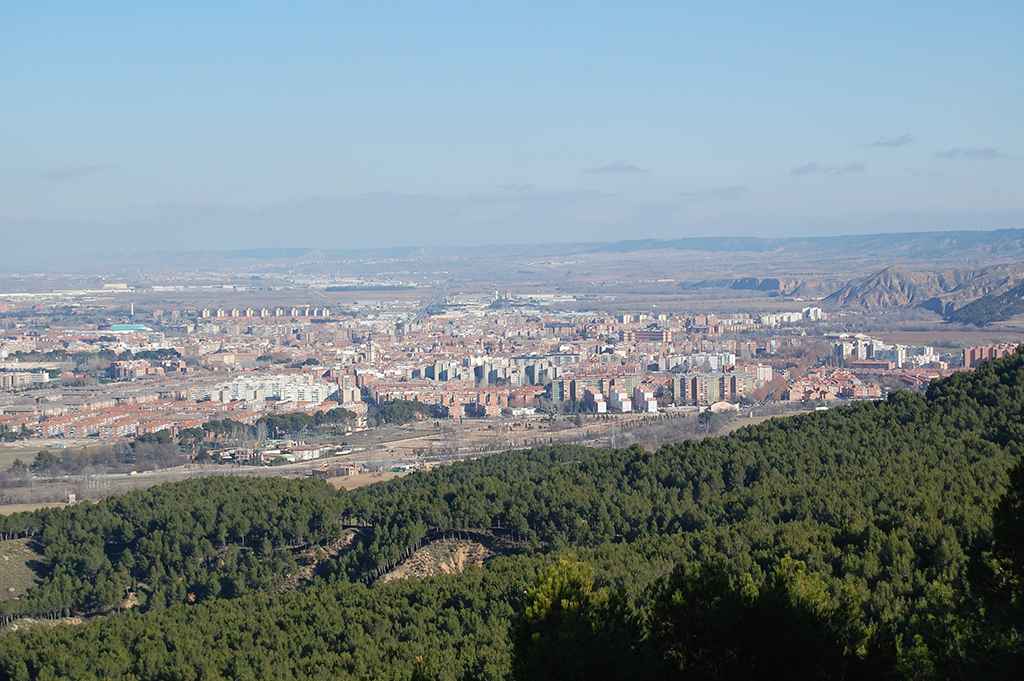 On foot, by Bike or by Car

The rise to Zulema or San Juan del Viso Hill is covered mainly by road, so it can be done by car, by bike or even walking. The route covers about 8,5 km from Plaza de Cervantes.

Although it is cycling route well-known among mountain bikers, if you climb it on food, it is advisable to follow some safe pieces of advice for passersby who walk up by the road: following the left berm allow car drivers to see you face to face and wearing a reflective vest is advisable to raise the hill walking or riding a bike.

You can begin the raising from Alcalá de Henares, next to Nueva Alcalá neighborhood: in the roundabout of Alcorlo, in whose center a great bust of Manuel Azaña—natural from Alcalá—is placed. The writer and politician has several literary reflections about this hill and was a president of the Second Spanish Republic—son of an important major of Alcalá de Henares, Esteban Azaña.

You can directly access the road to get to the top of Gurugú Hill from the roundabout. The road, the M-300 that leads to Pastrana, is also accessible from national highway A-2, in case you come from Madrid or Guadalajara. Arriving to the top, you will come across a Garden-Cemetery in front of the entrance to the National Park Los Cerros—from where several routes to climb the other great hill of Alcalá, the Ecce Homo Hill, are accessible.

However, you will follow the path placed on the right—called precisely Zulema’s slope—up to a detached-house suburb also called Zulema’s. Next to it, Peñas Albas and Los Hueros suburbs are also settled. Later on, going down the main straight road of the suburb and again in front of the roundabout, you should take the right detour. A few meters ahead, there is a road to the right, with little traffic, by which you will continue your walk, going up to the flat on the top of El Viso Hill.

From that top, you will be able to have a walk and look the valley of Henares, with the city at your feet, the lands of Guadalajara and the mountain range of Ayllón as background. If you look to your left, you will observe a skyline of Madrid, as well as its four high towers standing out above the rest of the city architecture.

After gazing the diverse landscapes around us, you can come down by San Juan del Viso Hill following the same path you did to arrive there or getting into a ground track or narrow way on the South side of the hill to the city. Some of them are called “trialeras”, as some difficulties delighting mountain bike lovers are present.

If you come down for the outstanding path, you will go across a beautiful pine forest and will arrive again to M-300 road. Passing over Zulema’s bridge, you will be able to contemplate the remains of the old Roman bridge and, if you decide to follow it, you will finally return to Alcalá.

The Empecinado and the Explosion

The way leading to the hill has witnessed several historical facts. One of them takes place in the battle of Zulema—May, 22nd of 1813—and there, the famous Empecinado warrior finally defeated the French troops after two hours of battle, pursuing them up to Torrejón de Ardoz, during the Spanish Independence War. The warrior sent a division of 1290 men to face 3000 French warriors with to powerful cannons among their weapons.

But the most recent memory of the population of Alcalá is the explosion of the powder keg in 1947, when the two existing kegs, Gurugú A and Gurugú B, placed next to the Roman bridge upon River Henares, exploded. Its blowing up caused a hole of great proportions, as well as the disappearance of the factory Río Cerámica, and unfortunately, of the Roman bridge itself, and of the small inn of the surroundings.

The government attributed the explosion to a skirmish of those “hostile to the regime”. That caused a wave of detentions and prison convictions, though later investigations credit that an accident was the real cause: some ammunitions have been improperly kept.

Today, just the base and the columns of the bridge remain. You can still observe the old riverbed but its course have been afterwards altered in order to build a brand new bridge.

The Spa of the Parador de Alcalá de Henares