If you are traveling by plane to Spain, you will most likely fly into the Madrid-Barajas airport, the fourth largest airport in Europe. It serves as the link between Europe and Latin America and is the gateway to the Iberian Peninsula. It is also the busiest and largest airport in Spain; about 50 million passengers go through Barajas every year!

The Madrid-Barajas airport is the main hub for Iberia Airline (which merged with British Airways in 2010) and Iberia accounts for 60% of the total traffic through Barajas; so, when flying to and from Madrid, it is likely you will be flying with Iberia.

The Madrid-Barajas airport has four terminals: the first three (T1, T2, T3) are in one building and the fourth (T4) is in a separate building that was completed in February of 2006 to accommodate the increasing amount of air traffic. Terminal 4 has a very distinct, modern aesthetic and you will probably never see an airport as unique as Barajas!

The ceilings look like undulating waves and the support beams run from red to blue. There are glass panes instead of walls and there are even domes in the top of the ceilings to let in natural light.

The Madrid-Barajas airport is an extremely clean and efficient airport. It is also important to note that since the terminals are in two different buildings, you may have to exit and then re-enter the airport if your pickup or transfer is from a terminal in the other building. So, if your flight arrives in Terminal 4, but your group pickup is in Terminal 1, you need to leave the airport on the free bus which runs among the terminals and circle back around to Terminal 1 (this may take 20 minutes).

Madrid is centrally located in Spain and about 30 kilometers (18 miles) to Alcalá de Henares. There are a variety of convenient transportation choices to reach Alcalá from the Madrid-Barajas airport. This includes the train, a bus or a taxi. 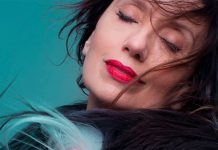 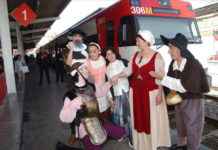 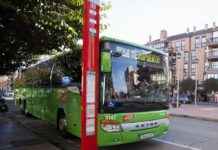 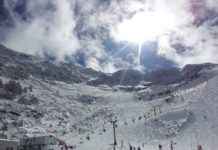 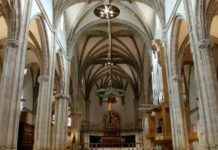