Typical dessert on Saint Joseph’s day (19th March), Torrijas is par excellence the Holy Week dessert of Spain. Similar to French toast, Torrijas are to Spanish the equivalent of Pancakes to Anglosaxons.

They were «invented» in the 15th century and like many other Spanish desserts they were created by nuns. It is said that it’s an Holy Week dessert because it’s appearance resembles roast meat, an item of food which is forbidden for Catholics during this period.

What a shame they are only made during this period of the year, because once you´ve tried «torrijas,» you’ll be hooked!

In the convents torrijas were often made with leftover bread – the perfect sweetmeat to lighten Lent. Since then they have been prepared in a number of variants, such as soaked in milk, syrup, honey or wine, sprinkled with sugar or cinnamon, etc. Sometimes they are made using orange juice which gives them a fruity taste and makes them suitable for those with a lactose intolerency. Similarly, the milk can also be substitued with soy milk for this purpose.

According to the Christian lore, bread is the body of Christ. The base of torrijas could be considered to be dead bread, and therefore the milk, eggs and frying are understood as the remedies needed to resuscitate Him. It’s the resurrection of dead bread and that’s why is considered a «divine» dessert. It may be a heavenly dessert, but is devlish in terms of calories!

If you are in Alcalá during Easter, be sure not to miss out on these great little treats and try some torrijas! 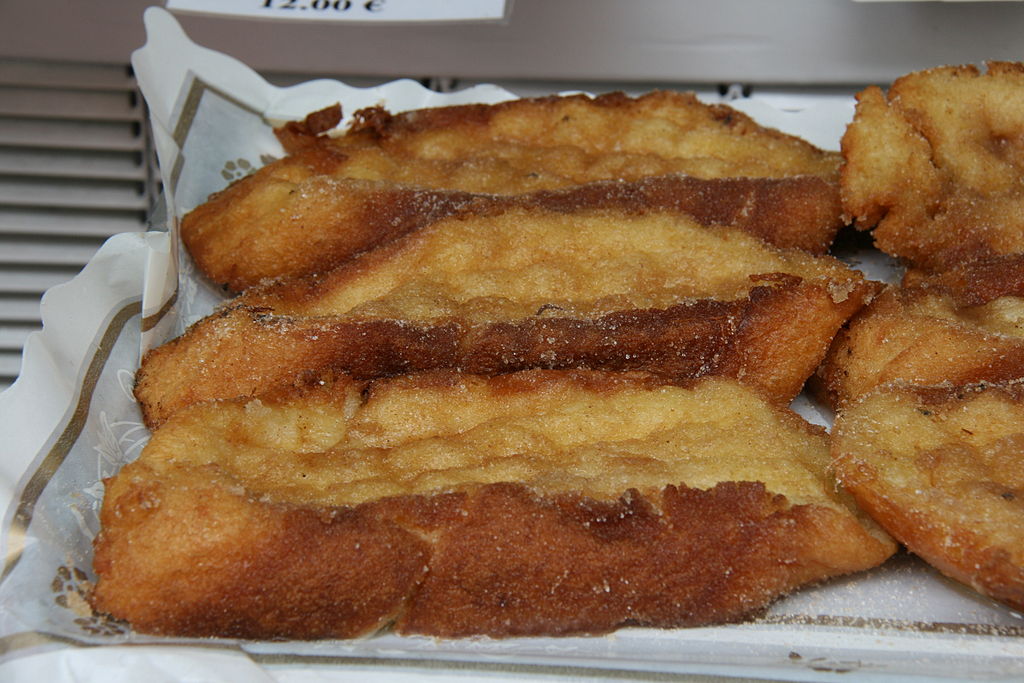