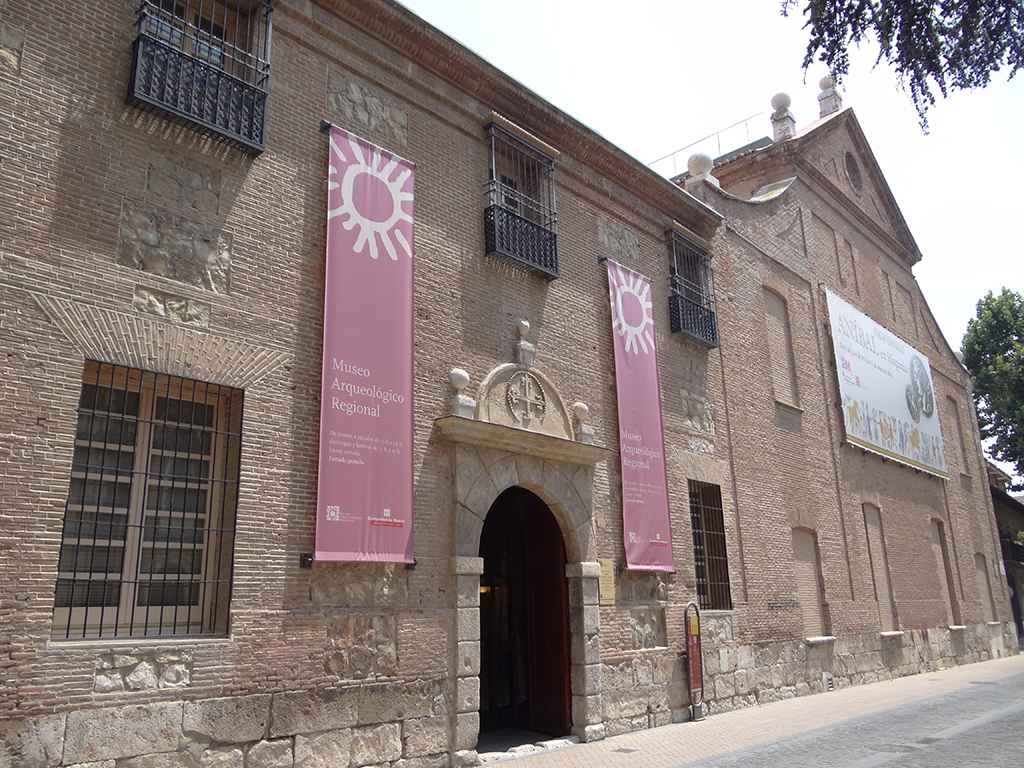 The Regional Archaeological Museum of Alcalá de Henares is a jewel itself, whose spaciousness and quality make its visit a must. In there, besides the wonderful permanent exposition about Madrid antiquity, you will find impressive temporary expositions.

After several years undertaking restoring works due to the almost ruinous state of the building; the Community of Madrid Regional Archaeological Museum was opened in May, 1999. Within the building, there is a comfortable and clear, perfectly demarcated tour around the permanent exposition regarding  different settlers past lives and cultures since the Paleolithic to the Middle Ages, going through Iberians, Romans, Visigoths, Arabians and Mediaeval Christians. Currently, after its many expansions, the museum takes up more than 6,000 square meters.

A virtual walk through the past

The current building of the Museum was compound, in the old times, by the church building and the Madre de Dios Convent where a Dominican monk community was placed—both built during the seventeenth and eighteenth centuries. In 1698, the complex was turned into a University of Alcalá’s college attached to the Saint Ildefonso Hall of Residence. At the time of Ecclesiastical Confiscations of Mendizábal, in the middle of nineteenth century, the monastery was sold to the Alcalá’s City Council. Being in Plaza de las Bernardas—where a monumentally complex is made up by the nun’s convent of San Bernardo and the Archbishop’s Palace—, the emplacement of the monastery is especially privileged. Just one step away from calle Mayor and the Magisterial Cathedral, the area deserves itself a relaxing and pleasant wander.

In 1808, during the Independence War, monks were evicted and the convent was turned into Napoleonic chivalry’s barracks, causing several and significant havocs and sackings. When the state expropriated the church assets with the Ecclesiastical Confiscations, the City Council was sold and, since that moment, the convent was allocated as a jail and still this way until 1951.

The church facing calle Santiago was, in turn, intended as the city’s Bar Association headquarter, where courts still functioning until the 80s.

When the Regional Archaeological Museum was opened in 1999, just temporary expositions were offered. However, since 2003, there is a permanent exposition with all sorts of stone, iron, bronze, ceramic objects, as well as many other materials. The objects reveal the Community of Madrid area inhabitants’ way of living, or even that of the whole center of the Iberian Peninsula: houses, clothing, work, leisure, food…

Patio de Cristales—central core of Regional Archaeological Museum—was equipped and opened to visits in 2007.  Once the backyard was roofed, it has been aimed as a hall for concerts, theater performances and congresses, with a total capacity of 200 seats.

The Regional Archaeological Museum has a great impact in the public opinion thanks to its careful, numerous and periodic temporary expositions, resembling in detail different moments and characters of the past: from the Roman period to the Iberian or any other period covered by the museum, dating back centuries or millennia. As an example, an exposition took place dedicated to the Carthaginian conquer Hannibal and his family, who tackle the military Roman power being settled in Spain.

The Regional Archaeological Museum has guided visits for all its visitors and do not forget that entrance is free, and facilities are totally adapted for disabled people. The museum not only admits visitors with wheelchair but also offers wheelchairs themselves, which is unusual in this kind of institutions.

Blind people are able to be accompanied with their guide-dog and are offered with specially designed guided visits. In that visits, the guide explains the museum in such a way that favors the creation of mental images that visitors can add to their sense of touch by exploring a selection of original pieces of the permanent collections and acquire a full understanding.

Both agreed groups and individuals visiting the museum, may ask for a guided visit, available upon the following timetable:

The number of people per group cannot exceed 35 persons.

The Regional Archaeological Museum works to favor the widening of public visiting its facilities, improving its services and developing an orientated programming to meet visitors’ diverse necessities.

Individual or reduced-groups visits (up to 4 people) are available prior reservation at 91 879 66 66. Activity offered for free.