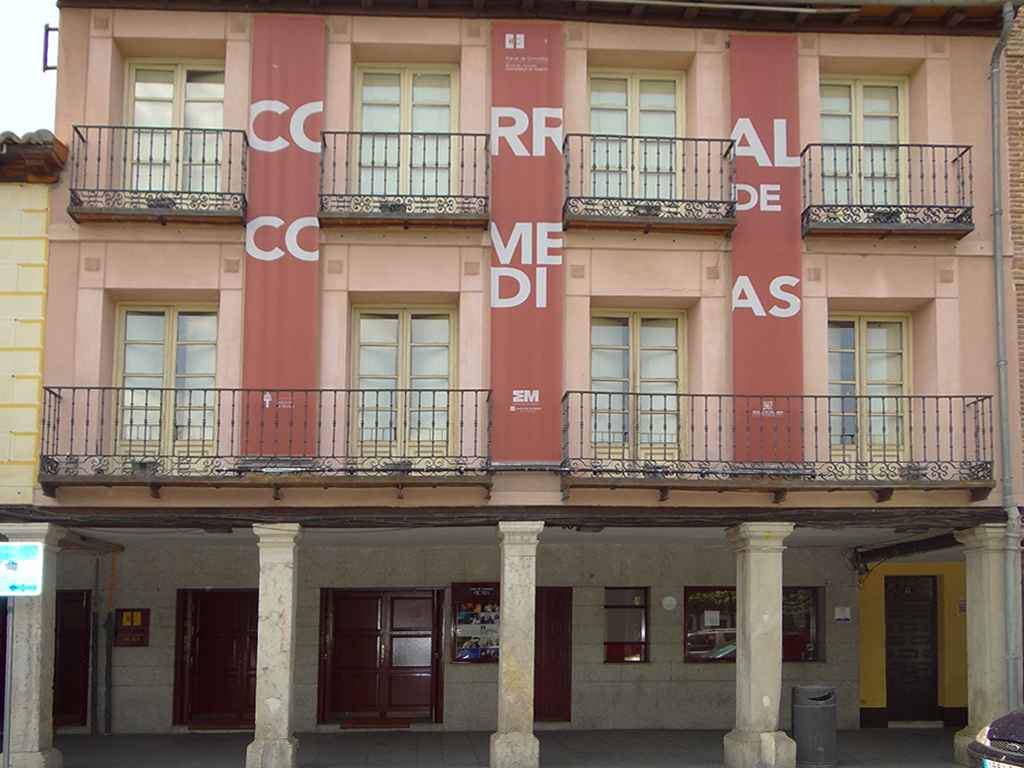 The Corral de Comedias of Alcalá de Henares dates back from 1601 and it is considered the oldest working theater of Europe. The building is a lively jewel that perfectly reflects the memory of the different periods it underwent. After its exquisite restoration, there are still echoing voices of Lope de Vega and Calderon de la Barca; their romantic nineteenth-century dramas and the cinema that worked in there until 1971.

The oldest in Europe

The Corral de Comedias de Almagro is famous both in Spain and abroad, due to its great classical annual festival and the fact that today, it is the only corral totally preserved as it was in its foundation, 1628. The Globe—where Shakespeare performed for the first time many of his works—is also famous, even though it is not based on a corral structure.

However, the oldest theatre still working in Europe, preserving its structure and most important parts, is the Corral de Comedias of Alcalá de Henares.

At the time of Middle Ages and until the end of 1500, theaters did not exist at all and comedies, romances, and other performances, were held in backyards of private houses, squares, streets, convents, inns and even hospitals. Thus, takings were intended to maintain such places. In that period, all kind of non-religious theatre performance was called “comedy”, regardless of whether they were dramatic, tragic or comedy works.

Since the end of sixteenth century, corrales de comedias were created as permanent stages for theatre performances. Allocated in backyards of the neighborhood, without roof and well included, one of those platforms is still preserved in the public backyard of the current Alcalá’s Corral de Comedias.

Corrales gained an enormous success among every social stratus quickly, as they were the only way of leisure and one of the few for social encounters. Besides, the Catholic Church encouraged corrales, as they were born due to the necessity of religious brotherhoods to maintain hospitals they were in care of. At the same time although, they condemned what they considered as actors and comedians low morals, who were not allowed to be buried in sacred land. Precisely, due to moral questions, though women were allowed to be actresses, they had to be married.

Curiosity
During sixteenth century women could become actresses, but moral standards of that period required them to be married.

Brotherhoods themselves even constructed their own corrales—such as Madrid most notable corrales, de la Cruz, of 1579, or Príncipe, of 1580—in order to avoid the payment of rentals. Although neither of them is still preserved as such, the latter is the current Teatro Español.

What a Corral de Comedias was?

The Corral de Comedias consisted of a stage—on a side backyard placed against the wall of the back house—and a garden—generally paved, in front of the scenery—as it can be observed in the case of Alcalá. Musketeers at the back of the corral and those placed at the bottom of the stage were the most thunderous and frightening collective, as the success or failure of works commonly depended upon their reactions. In order to control the crowd, there was a bailiff.

In balconies and windows of houses adjacent to the stage wall, there were bedchambers with balconies and lattices, set aside for noble spectators where both, men and women, could enjoy the performance.

Keeping in mind that, at that time, regulations stated that genres could not be mixed in order to avoid “dishonest behaviors”, and that each genre had to enter and exit by different openings, that was a privilege.

That is the reason why non-noble women were sat in the cazuela—a box seat with stands in front of the stage with no access to the backyard. In there, a “squeezer” was in charge of making room for women as they arrived, so they all could enjoy the comedy. As you may guess, nor coke or popcorn were at one’s disposal, but there was instead an “alojería”, where fruit, nuts and “aloja”—a drink made with water, honey and spices—were sold.

Upon the cazuela or cazuelas—sometimes there were two, one on top of the other—there were bedchambers and box seats for councilors and authorities—monarchs included, as many of them were really enthusiastic about theater, as Philip IV. In the upper floor there were attics, at the same level of the second cazuela in case there was one, where the gathering between religious, poets and theater experts took place.

Corrales got pretty crowded before the beginning of the performance, generally started about three or four in the afternoon and ended near dusk. Between acts, several intervals were placed in which interludes, short farces or dances were represented.

Alcalá’s Corral de Comedias—also called Zapateros’—was built up in 1601 by order of the City Council. It was designed and constructed by the carpenter Francisco Sánchez and opened the following year, in plaza del Mercado, now Plaza de Cervantes. It underwent all evolution periods of the typical theater of following centuries. Traces of every period can be seen in the current parts of Corral, restored during last eighties thanks to investigations and the impulse of city inhabitants Juan Sanz, Mercedes Higuera and Miguel Ángel Coso—an institutional restoring ended in 2003.

Today, inside the building and able to visit under scheduled appointment, three main styles by which Corral has passed during 400 years live together in harmony. Its first period as Corral is preserved in the paved backyard, stands, bedchambers and cazuela, which are the most visible and highlighted elements.

During the eighteenth century, the corral was transformed into a Neo-Classical coliseum, ceiling the backyard with a dome supported by a lumber framework which improved acoustics and favored singing and chamber music concerts.

Its Romantic period arrived along nineteenth century, in which the dome was covered with gypsum and paint, and two-height box seats were constructed—ellipse-shaped around the paved backyard. As soon as the twentieth century, a screen was installed and a cinema was allocated, which continued working until 1971, as many middle-aged inhabitants of Alcalá would remember. It was called the small cinema, as its official name was almost the same as the bigger one, the near Teatro Salón Cervantes, currently also in-use.

After the careful restoring, and since 2005, the managing of the theatre is responsibility of la Fundación Teatro de la Abadía, ruled by the prestigious actor and theater director José Luis Gómez. Since that moment, the Corral has a permanent programming of theater and music performances linking tradition and modernity, which has enriched even more the cultural live of Alcalá.