If you passed by calle Libreros in Alcalá de Henares, you might have stopped to look at the majestic façade of  Santa María la Mayor Church. The old church belonged to the Jesuit institution Colegio Máximo—one of the most important historical buildings of the city.

Situated a few meters away of Plaza de Cervantes and exposed to the noise and pollution of the city, it does not seem at first as the most suitable place for the Lesser Kestrel—a little falcon catalogued in the list of menaced species—for settling their nests.

However, to the surprise of many, a colony of stable specimens lives there since many years ago and can be seen relatively easily. Currently, there are eight nests and seven couples of Lesser Kestrel in Alcalá. 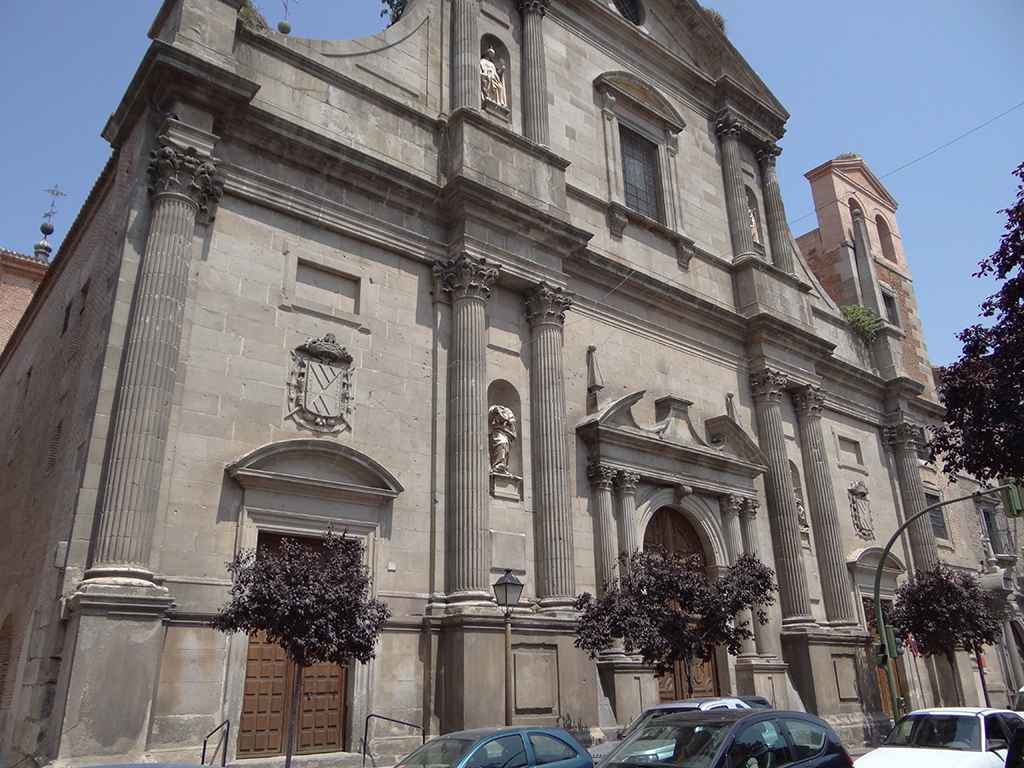 The Lesser Kestrel is a little falcon catalogued as endangered species by the Community of Madrid. From the 100,000 couples existing in Spain at the end of the nineteenth century, only 5,000 remain in the twentieth century, so that it was catalogued as endangered species by national legislation. In fact, with the aim of protect them, the administration placed artificial nesting boxes and achieved to increase its population in Spain. Because of that, in 2011, this falcon was excluded from the category of endangered animals in the new national list.

The falcon feeds from living preys, mainly insects, especially orthoptera, though they can also eat little gnawing, mammals and birds. They use to hunt in open areas without vegetation; making use of wooden posts to scrutinize the floor looking for prays to fall on them quickly. These falcons use a hunting method so-called “sifting” in which the bird is suspended a few meters over the floor thanks to a quick flapping of the wings and a movement of its tail-feathers as a rudder. Those two elements of its anatomy interact perfectly so to maintain the motionless of its head in a specific point localizing prays and calculating the distance to them.

The Lesser Kestrels are birds that tend to live in colonies much more than its relatives: the Common Kestrels. They use to be found in colonies with a variable number of couples, from two or three to more than one hundred. They nurse in holes in the rocks, collapsed buildings… where they put between two and five eggs that emerge in approximately 28 days.

This is a migratory bird that arrives to Europe in spring and leaves to Africa in fall—though a small population of adult males can stay in the southern areas of Spain during winter. The adult males arrive before females do to the colonies, so to arrange themselves to start reproduction.

The City Hall of Alcalá de Henares carried out the setting up of 20 new nesting-boxes for Lesser Kestrel within the enclosure of the Archbishop’s Palace last January, with the fundamental aim of promoting the preservation of the species.

Whit such initiative, it is pretended to force the increase of the bird population by encouraging its reproduction and, besides, contribute the natural movement of pigeons, providing that both species compete for the places of nest-building.

The City Hall of Alcalá de Henares and the organization Grefa are in charge of the monitoring of the Lesser Kestrel and the storks since many years ago, both emblematic birds of the town.