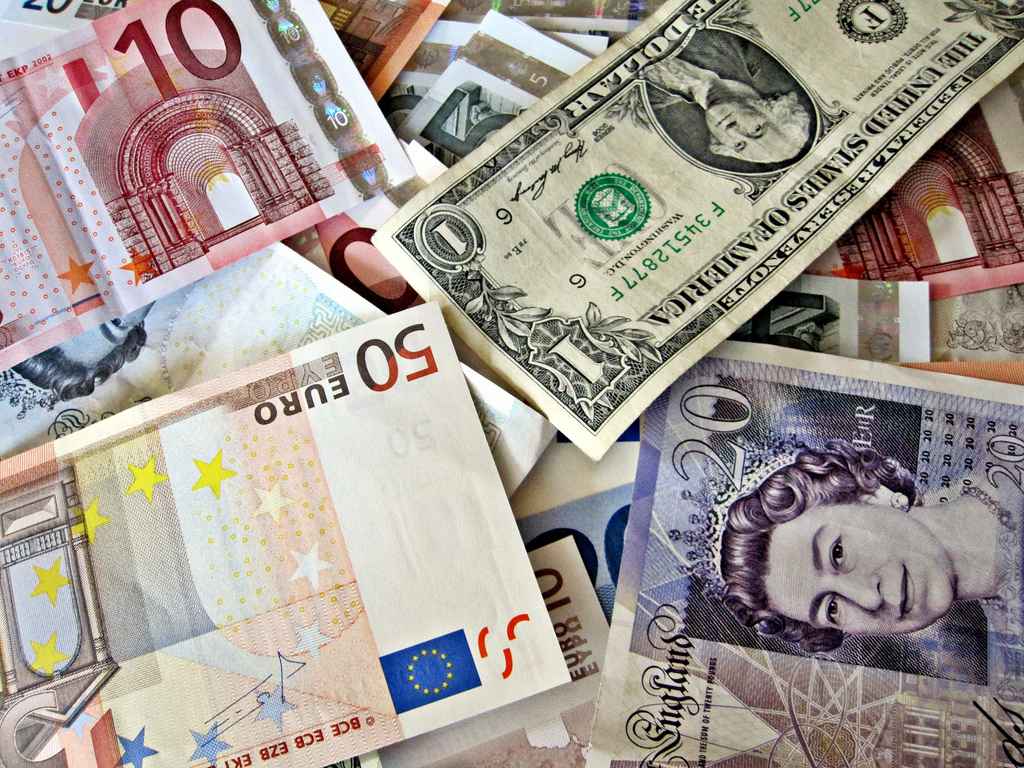 First of all, it is probably a good idea to get set up with some Euros before you arrive (call your bank and figure out which branch converts dollars to Euros) that way you do not have to deal with currency exchanges at the airport upon arrival, especial because they do not always have the best exchange rates.

That is the next point, exchange rates, unfortunately for Americans at this point, the US dollar is not as strong as the Euro, which means one thing, Euros will cost you more. Right now, to buy one Euro, you will need to pay approximately $1.35, so be ready for those exchange rates and watch them as they change daily.

This leads into the next point, withdrawing money while here in Spain. While in the US it is common for everyone to accept a credit card, not all stores accept credit cards in Alcalá (for instance some bars and smaller shops), so cash becomes more important.

Getting money out is very easy as ATMs are plentiful and work the same way ours work in the US (they even have English settings if necessary!). However, definitely check with your local bank before leaving as fees to exchange dollars to Euros average around $10. This means when withdrawing money, it makes sense to withdraw the maximum to avoid fees. It also could be a smart idea to look into banks that do not charge ATM fees in Europe (I found Charles Schwab will not charge any fees, so I opened a checking account with them so I will avoid all fees abroad).

While the money is different, it is extremely convenient because it is used across most of Europe (if you have plans to travel, just look up countries on the Euro to ensure you will not need to exchange again). If you prepare with your bank and exchange rates, getting used to the Euro will be no problem at all.

You may even find it easier than the US dollar!