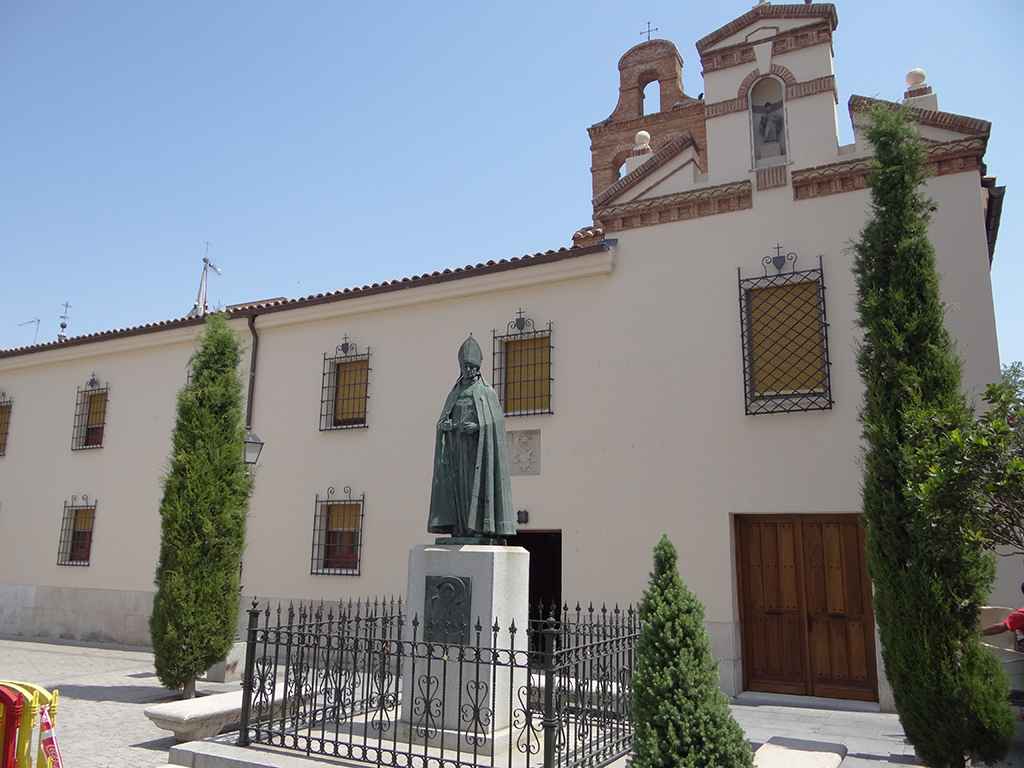 The Convent of the Clarisas of San Diego is well known by the delicious  Almonds of Alcalá that are made in it. It is a unique building, located a few meters from the  University of Alcalá.

The Convent of the Clarisas of San Diego was founded in 1671 by doña Catalina García Fernández. Catalina García was the youngest of five children, daughter of don Bartolomé García and doña Catalina Fernández. She was born in Santorcaz in 1639, and lost her mother that same year. Thus, her aunt, María Fernández—who lived in a house today part of the convent—took charge of her. Catalina García got married at the age of fifteen, had three children and widowed in 1662. Since that moment, she tried to join one of the three Alcalá’s Franciscan Convents; although, it was not until 1665 when she got into the Franciscan Convent with the habits of the Third Order of Penance, and chose the name of Catalina de Jesús y San Francisco. In 1671, a school for girls—named Doncellas Pobres de Santa Clara—was created in a part of the house that her aunt, María Fernández, had previously donated with that aim. Afterwards, the school was turned into a beguinage (reason why they are called beguines) and later, into the monastery that it is today.

Almonds of Alcalá are Alcalá’s sweets par excellence, in addition to costrada and ring-shape pastries. Probably of Arabic origin, there are documentary evidences of its existence since eighteenth century, so they have been traditionally famous as Alcalá’s gastronomic ambassadors.

These monjas (nuns) are cloistered (meaning they can’t have any contact with the outside world), so there is a super sneaky way to buy almonds from them. You go through a door into a small room. There is a bell and a kind of turntable window. You can’t see the other side of the window. You ring the bell and wait for the monja to get to the other side of the window. The password is «Ave María Purísima» (Hail Mary most pure). The monja replies «Sin pecado concebida» (Conceived without sin). Then you tell her which size box of almonds you want. You put the money on the turntable, then the monja turns it around and BAZINGA! There are your delicious almonds.