The AVE or Alta Velocidad Española is the Spanish high-speed rail trail. Discover why is the best way to travel between the largest cities within Spain.

Spain, and Europe in general, is known for its spectacular modes of transportation! Buses and metros are integrated throughout the entire country of Spain and are extremely accessible. Several countries in Europe share this same luxury of having great public transportation. However, there is one major aspect that separates Spain from the rest. It is called the AVE or Alta Velocidad Española. The AVE, a high-speed rail trail, travels between the largest cities within Spain.

In June of 2013 it was announced that the AVE holded the title of the longest high-speed railway in all of Europe, a title that Spain is very proud of! At times reaching maximum speeds of 310 km/hr (193 mph), one can jump between the main stations of Madrid, Barcelona, and Sevilla within an afternoon. For this very reason, it is popular among the business people of Spain and its surrounding countries. 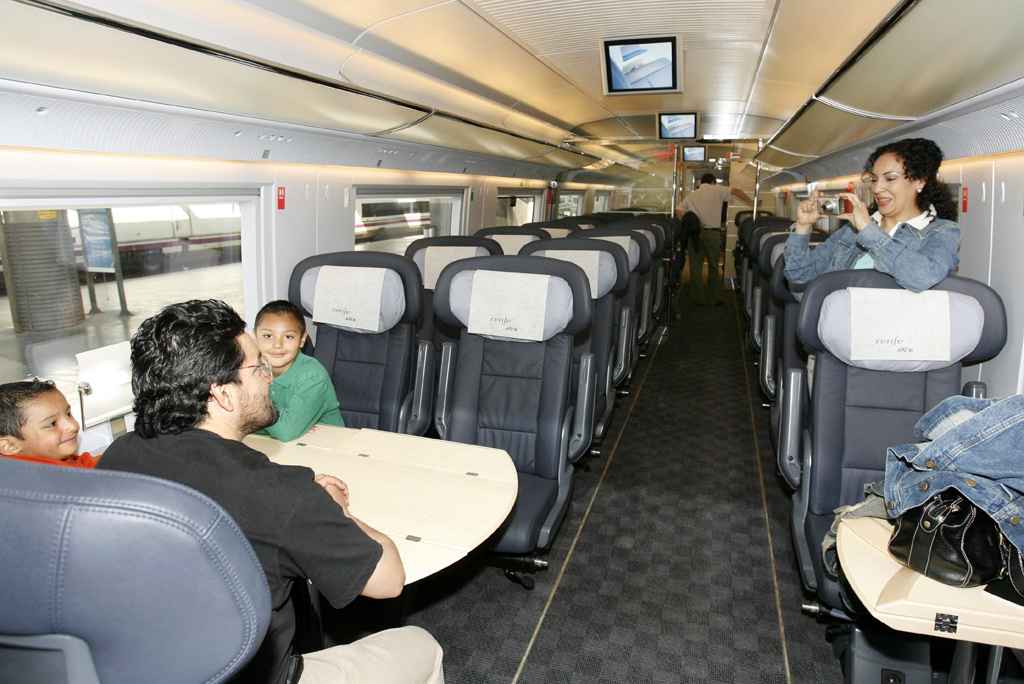 Within Spain, the AVE is different from the normal trains in three main ways. The first of which was already mentioned, speed. The second differentiator is the comfort. A normal train from Madrid to Barcelona has many seats very close to each other with very little personal space. Because of the increase in people, there is also an increase in noise, and ultimately a decrease in overall comfort. However the AVE has very large and encompassing seats allowing one to sit comfortably without other passengers encroaching into personal space. The option also exists to upgrade cabins in order to ride in even more luxury. The most noticeable comfort feature that the AVE exhibits is the smooth movement of the train itself. No bumps or bruises will be had! In fact, the passenger feels as if he or she is floating. The third, and most deterring aspect of the AVE, is the price. Depending on the time in which the ticket is booked, the price of the AVE can be many times more than that of a normal train. Therefore, it leaves the traveler with an internal question of comfort/speed vs cost.

From a tourist’s point-of-view, the AVE has unique advantages and disadvantages. It decreases travel time allowing more time spent in the destination city of choice. At the same time, the cost of travel is much more which is often a negative thing for the typical tourist. Also, taking the AVE is more of a process than the normal train might be. One must show up much earlier to an AVE than to a normal train because it involves successfully passing through security. If one travels overnight, taking the AVE may or may not be worth the price. Traveling during the day, however, and maximizing time enjoying new sights makes the money worth it in the end.

Ultimately, the addition of the AVE to Spain is nothing but an amazing aspect that adds to the evolving culture of the country.