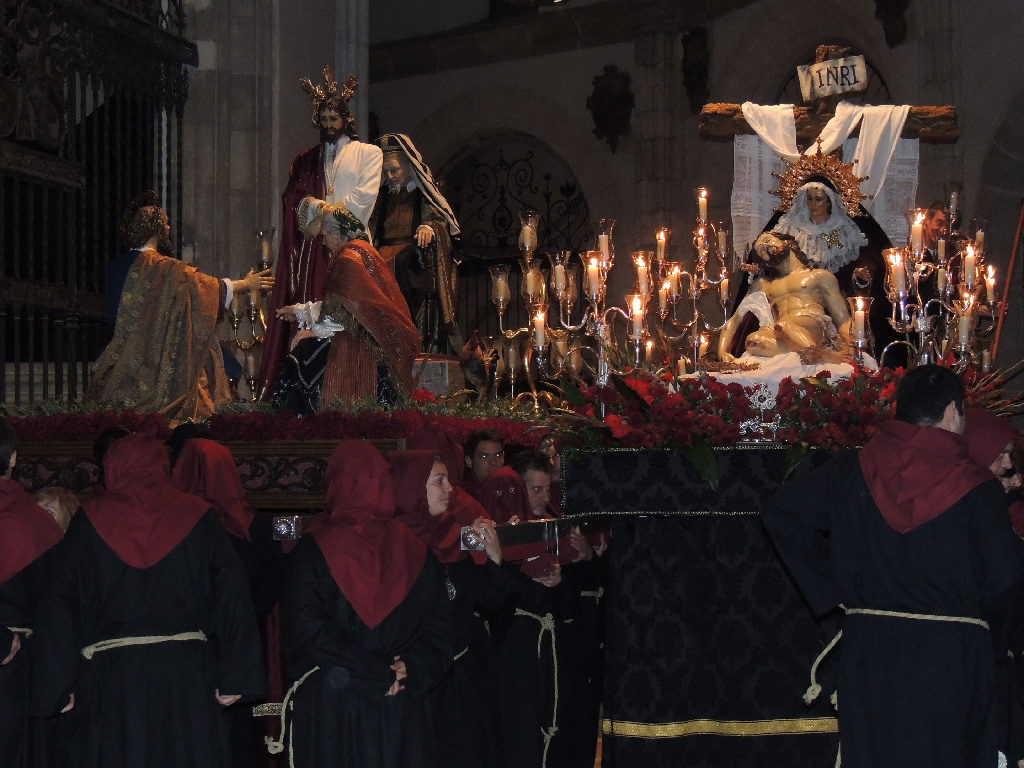 Historical Reference: The brotherhood was founded in 1997 while celebrating Mass in the Shrine of Val. This brotherhood was formed with the aim of creating a shelter house where cleanliness, food and rest were given to homeless people. Currently, the shelter house “Casa de Acogida Virgen de las Angustias”, is located in C/ Río Guadalquivir nº 10 of Alcalá de Henares. The work is performed by volunteers in a selfless act of charity.

Float: Talla de la Virgen [Virgin wood carving] in which Holy Mary is holding her dead son after being removed from the cross. Both images are made by the maker of religious images Mr. José Antonio Jiménez de Langa, from Cuenca. The image is carried by anderos [strong and trained men], who receive orders during the procession by hearing a bell, a singular situation resulting of their commitment as silence float. The procession includes the float of Pedro, a float of mystery made by the same sculptor.

Music Accompaniment: Penance procession in complete silence, the only sound keeping the company of the penitents and the Image is the sound of a bell. 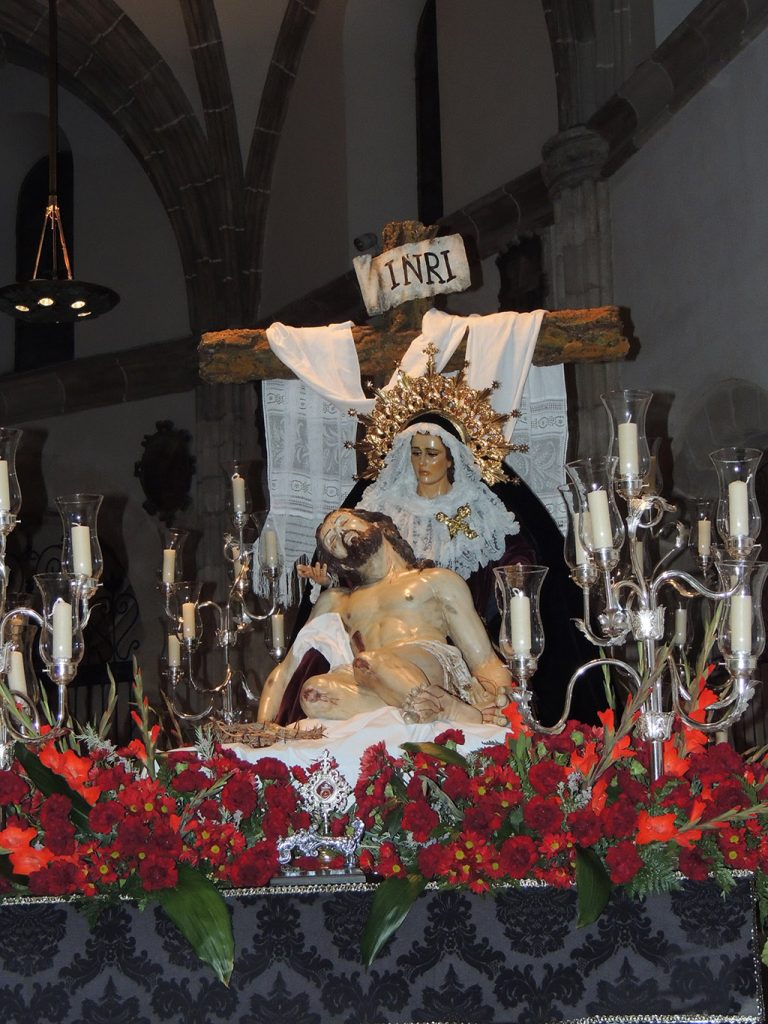