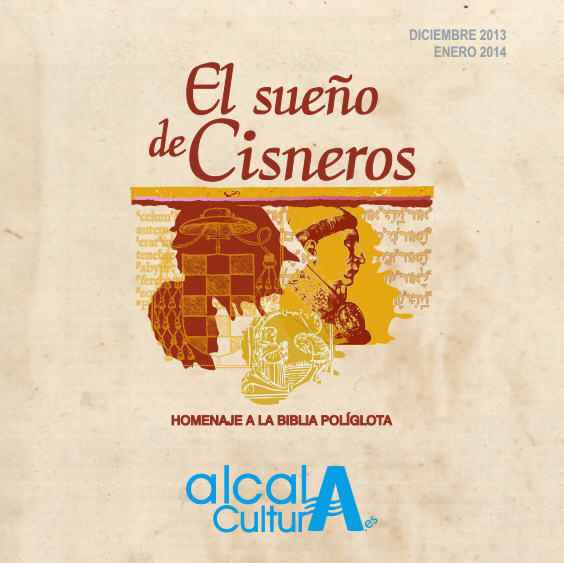 Get the cultural agenda of Alcalá de Henares for December 2013 and January 2014 and do not miss any of the activities at your disposal.

Cultural autumn Alcalá has gotten older with the massive Cervantes’ Week, the multimedia vision of ‘poor’ Don Juan beset by his past as much for their women and again supported by the public and the platform is new directors, year after year, Alcine, a world in crisis yet in Alcalá becomes a universe of hope.

In December we honor Cisneros. If Cervantes is the infinite ambassador who crosses eras and beyond borders to all corners of the world, Cisneros is the symbol of a university model that won that same world since the reform and regeneration.

December starts with the switched on of the Christmas lights, and the program of activities for the most festive winter dates. The next day, December 2 the Fifteenth anniversary of the declaration of World Heritage City  is held and the World Heritage City of Alcala Prize will be given to Talleres de Arte Granda, with the presentation of the Restoration of the sculpture of San Bernardo.

You can also enjoy the Open Day at the National Library, the photo exhibition of natural and cultural heritage of Alcalá and the expected Diana Navarro and Complutense Symphonic Band concert in Teatro Salón Cervantes.

And don’t forget that fusion of treasures of the city that are the Capilla de san Ildefonso, recently restored, and the Poliglot Byble.

If you prefer, you can also download the Agenda in PDF format.