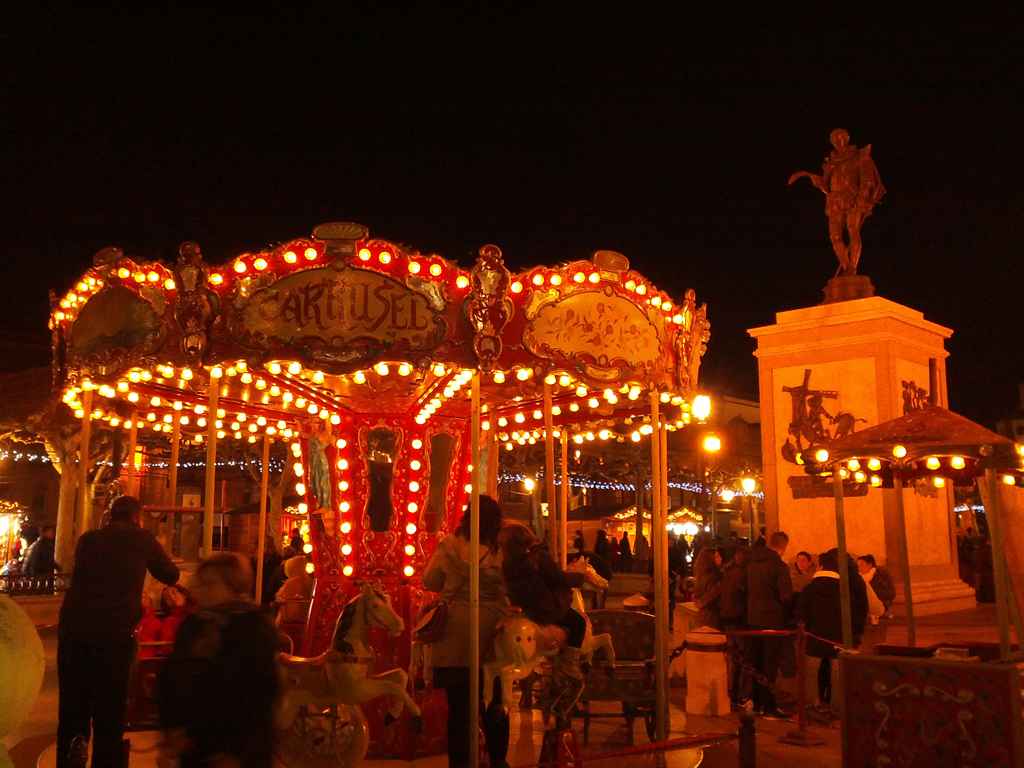 Christmas is already here and Alcalá de Henares has been preparing to celebrate accordingly. You will find activities for all ages.

The Plaza de Cervantes will be the centerpiece hosting an ice rink, a Christmas market, a large Christmas tree and an elevated train. Stresses the enhancement of the old GAL environment  (see map), which will host the Belén Monumental and Circus. The children’s program, with workshops, films and music, unified in a tent in the Plaza de los Santos Niños, will be one of the main attractions of Christmas in the World Heritage City.

«The Plaza de Cervantes will be the center-axis», said the Events Senior Councillor, Virginia Sanz, «of the Christmas atmosphere we want to be permeating the city, as it will host a large ice rink, a Christmas market with wooden huts and a large Christmas tree, which this time will be 20 meters high. For the kids, there will be an elevated train and a Venetian style carousel«.

A tent with activities for children, she continues, will be located at the Plaza de los Santos Niños «and we will put in value a new area of ​​the city, the environment of the old GAL factory  (see map), which will host a circus and a Belén Monumental, made by the Asociación Complutense de Belenistas. More than a conventional Bethlehem representation, it can be defined as a Museo del Belenismo to be enjoyed by visitors and alcalaínos».

Christmas Is Really For the Children

The City of Alcala de Henares has designed a schedule with dozens of activities for the little ones. Workshops, films, games and music will remain unified in a 800 square meters heated tent to be installed in the Plaza de los Santos Niños.

In addition, a total of five live performances, all at 18:00, will delight the little ones.

Tickets for these shows can be purchased at the Tourist Office in Plaza de los Santos Niños at a single price of 5 euros.

The front door of City Hall will be open every day to receive the Carteros Reales (Royal Postmen), so that all children can send their best wishes to the Three Kings, thanks to the commendable work of the city Peñas. «The contribution of festive Peñas, explained Sanz, during Christmas is also critical because they are with great pride and dedication the true «messengers «of Their Majesties The Three Kings and collaborate to fulfill the childen dreams».

Another classic Christmas parades are the Giants and Big-heads, who roam the streets of the complutense city headed by the three giants, the Three Kings, repeating and strengthing this year their tour through the Vía Complutense.

The Three Kings will leave at 18:00 from the roundabout at the Luis de Medina Street  (see map) and end about 20:30. «Of the twelve floats that make up the parade, six are newly manufactured and expressly made for Alcalá de Henares, highlighting the spectacular thrones of the Three Kings«, stressed Sanz.

Approximately more than 130 extras and 80 musicians will participate in the 2014 parade. 5,000 kilos of gluten free sweets will be  launched, thanks to the collaboration of the Peñas of Alcalá.

«We excepct that the Three Kings reach Alcalá on January 5 at 11:00 am to be greeted at City Hall, and then they will visit among other places children admitted at the Hospital Príncipe de Asturias, to distribute excitement and hope».