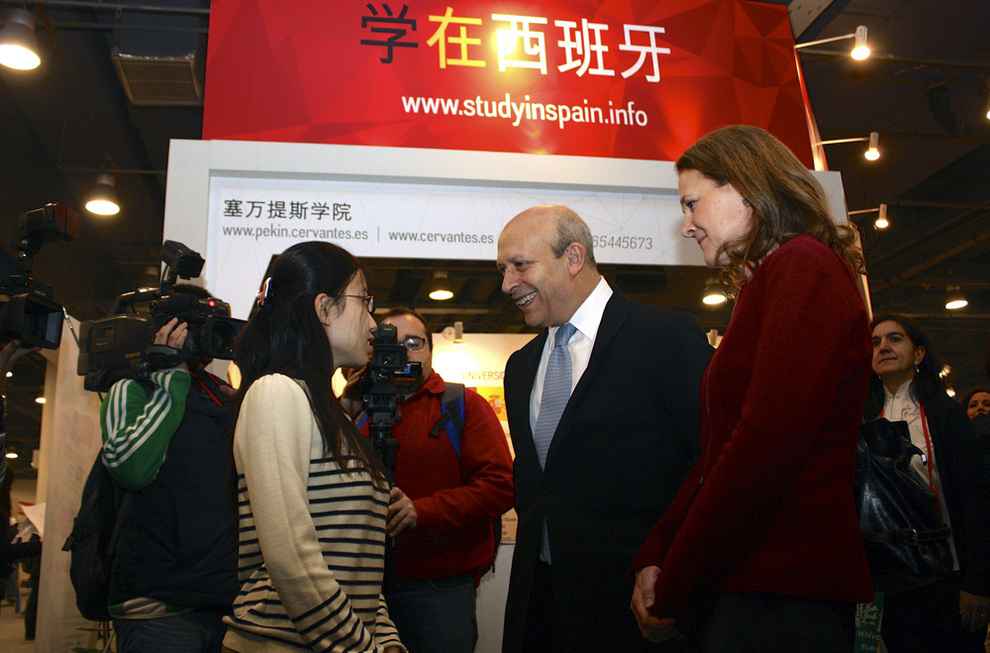 Currently, about 6,000 chinese students are enrolled in Spanish universities. The Spanish government aims to double that number in a few years.

60% of these students are coursing studies related with the Spanish language, mainly on universities like the Universidad Complutense de Madrid, Alcalá de Henares and Granada.

Spain is “an excellent destination for both Spanish studies as undergraduate, master and doctoral degrees”, said Spanish Minister of Education José Ignacio Wert . «I encourage Chinese students who are interested in the Spanish language and culture, and in general to study anything else in Spain, to Spain as a destination”, added the minister.

During his visit to Beijing , which began last Thursday, the Spanish responsible for Education, Culture and Sports said his meetings with Chinese counterparts -Yuan Guiren in the portfolio of Education and Cai Wu in Culture – have tried to promote the flow of chinese students to Spain. «We are trying to set up a framework of facilities, a regulatory framework, by which a greater proportion of the large number of Chinese students who each year leave to study abroad, 400,000, go to study in Spain”, said the minister.

One of the difficulties faced by Chinese students is the “excessive time it takes the issue of certificates”, admitted the minister. This period can last between nine months and a year, too long for those students who need to prove their courses upon their return to their country. “We are working with the universities to be done in a shorter time and thus facilitate the presence of Chinese students in Spain”, said Wert.