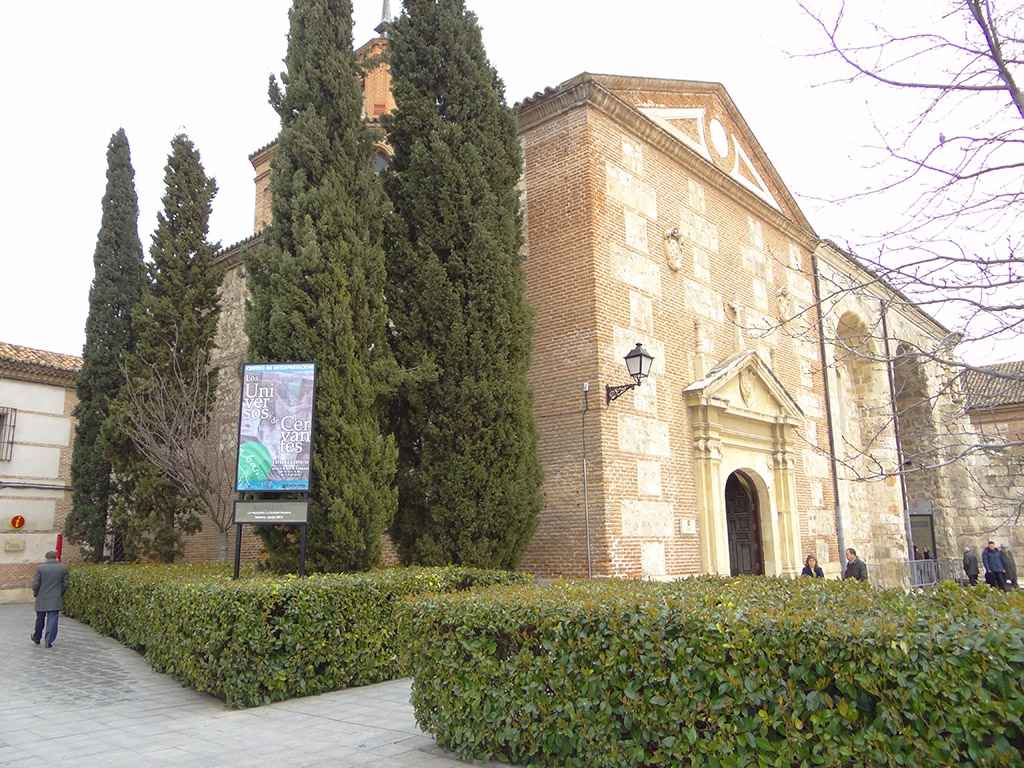 Today it has been presented a new exhibition in the «Los Universos de Cervantes» Interpretation Center, located at the Oidor Chapel in Plaza de Cervantes, which will be open until next June 2014.

Last year began in «Los Universos de Cervantes the musealization of the book ‘Alcalá de Henares in Spanish Literature of the Golden Age’ which, edited by the Cervantes Studies Center, is a research work made by Germán Marquínez at the University of Alcalá. The Mayor, Javier Bello, inaugurated the exhibition accompanied, among others, by the town councillors Gustavo severien and Dolores Cabañas, and Asela Sanz and Marita Onoro, curator and coordinator of the center, respectively.

After the Musealization of the first three chapters, where picaresque in Alcalá in Cervantes’ books and the apocryphal Quixote of Avellaneda was exposed, now pieces linked to the chapters «Alcalá de Henares in classical hagiography» and «Common mortals in alcalaína complex society «of the sixteenth and seventeenth centuries are showed, with a view of the Alcalá of that time and even the population census of the time.