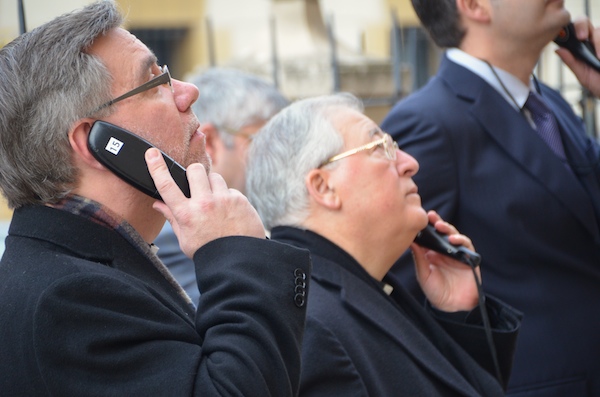 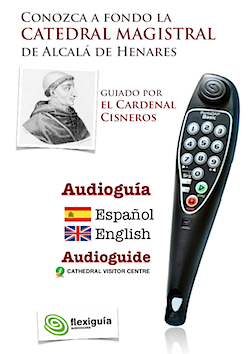 The Magisterial Cathedral of Alcalá de Henares debuts a new audio Guides system, in English and Spanish, in which the Cardinal Cisneros acts as a guide.

As of Wednesday January 22, 2014, if you view the Magisterial Cathedral of Alcalá de Henares you will learn its history and its religious, cultural and artistic wealth through new Audioguías developed by the company Flexiguía on behalf of those responsible for the Cathedral.

With speechs in Spanish and English, you will be led by Cardinal Cisneros itself through the centuries and vicissitudes of this masterful temple, also seeing the cloister and the cathedral museum treasure.

These new audio guides have high technical quality and allow a better understanding of one of the most significant buildings of the rich heritage and city generator core, whose patron are the Saints Children, Justo and Pastor.

The presentation ceremony was attended by the diocesan bishop, Bishop Reig Pla, the City Tourism and Heritage Aldermen and representatives of cultural associations and promoters of tourism in our city. After a few words of greeting by the Culture episcopal vicar and pastor of the Cathedral, attendees toured the temple listening to the audio guide explanations.