Dream AlcaláNewsHow to travel from and to Alcalá de Henares 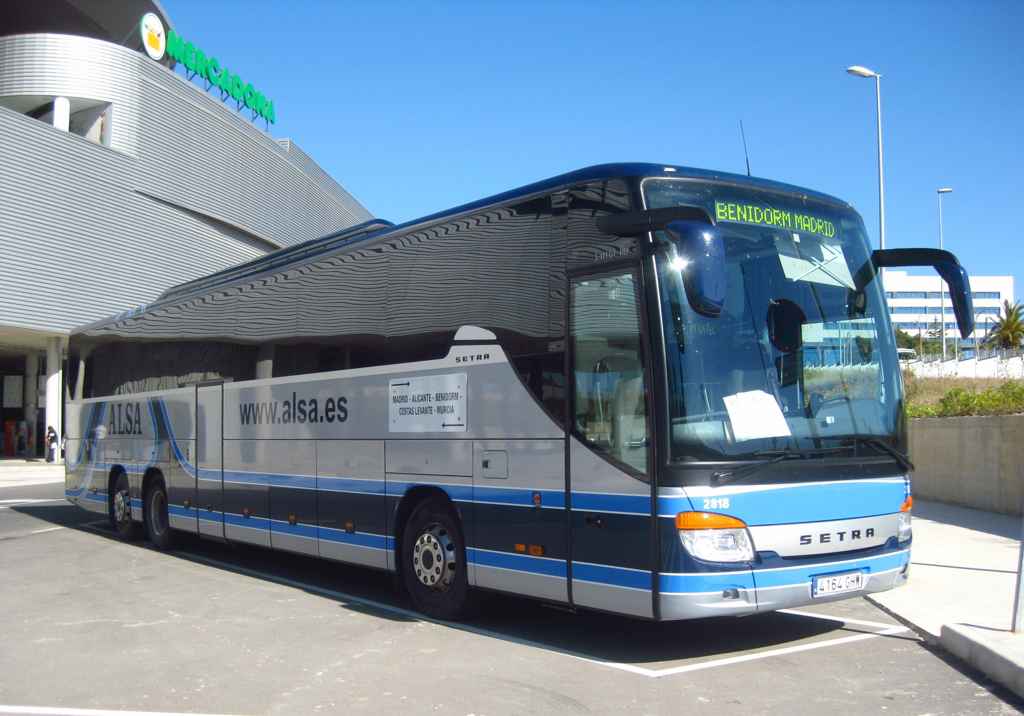 How to travel from and to Alcalá de Henares

The way of travelling to other cities in Alcalá is the same than in any other Spanish place, and nearly worldwide: bus, train or plane. Discover how to travel from and to Alcalá de Henares.

If you want to go to Madrid or any other place near Alcalá and you do not have the possibility of travelling by car, you should choose between bus and regional train. Interurban bus services have several lines linking Alcalá with Madrid and the nearby: towns and cities such as Torrejón de Ardoz or Guadalajara.

In order to know all interurban bus routes and timetables, take a look to the “Transport” section of Council Hall of Alcalá de Henares webpage.


Interurban buses have about the same timetable as urban —from 6 in the morning to 12 at night. Although, each line has its own timetables or frequency ranges, so in order to know all data related with prizes and timetables you should study the line best suits you, having also into account that not all of them are owned by same company. To find if there is any bus to your destination, visit the aforementioned Transport section of the City Hall webpage. In there, general information about every line is given. More concrete data about timetables and prizes, is available by navigating the webpage of the company who runs the travelling.

If you prefer travelling by train, the railway company Renfe offers three of suburban train lines from Alcalá to Madrid and other cities or near towns, such as Guadalajara. These trains work between 5 in the morning and midnight the whole year.

Regional train lines are C-1—leading to Alcobendas, San Sebastián de los Reyes and Madrid—, with a frequency range of 10 minutes; C-2—with destination to Guadalajara and Madrid—with arriving trains every 20 minutes; and C-7—that goes to Madrid and Colmenar Viejo—with an average frequency of 10 minutes. Concrete data about timetables, stops and prizes are available at Renfe webpage .

All these train lines stop somewhere in Madrid, so if your destination has no direct connection with Alcalá, neither by bus or train, you can find all necessary combinations in Madrid without hesitation.


The train from Alcalá to Atocha Train Station in Madrid takes about 40 minutes. By bus, the journey lasts about the same, but most people wants prefer going by train because due to its immediate connection to the center (it stops in the very same puerta del Sol), and its independence from traffic.

Referring to security and cleaning issues, all trains as well as buses used to be clean—though, as day goes by, the influx of travelers is noticeable. None of both means of transport is especially dangerous, but do not ever lose your site from your belongings.

Prizes, both trains and buses, depend on the zone you are travelling to. However, a single journey costs commonly less than 2 euros. If you always have to travel the same way, there are different types of season tickets available that would highly reduce journey prizes.

In case you want to travel through Spain and such destinations do not belong to Alcalá’s regional bus and train network, there are three possibilities to reach them: bus, train or plane. Your choice will depend mostly on both the distance to cover and the money you are willing to spend.

In general, the cheapest mean of transport is bus, but it is also the most uncomfortable and slow one. In most cases, long bus travelling in Spain are only made when it becomes the only option or when costs have to be reduced. Long way buses do not make their departure from Alcalá de Henares but from Madrid, where you will find connections to all Spain. One of the main stations is Southern Bus Station at calle Méndez Álvaro, near Estación Sur de Autobuses at calle Méndez Álvaro, close to Atocha Train Station.

On the one hand, train use to be more expensive than bus, but on the other, it is much more comfortable. The only problem with trains is that obviously there are many towns with no train stations, so if you want to visit a small town, it is possible that travelling by bus is your only chance to cover part of the journey or even all of it.

Alcalá de Henares train station has combinations with several Spanish cities. For instance, in order to pay a visit to Zaragoza, Tarragona or Barcelona, it is not necessary to change in Madrid—as the train covering the distance between Madrid-Barcelona goes through those cities. However, to move by train to other Spanish places, such as Seville or A Coruña, to get by Madrid becomes mandatory—to any of them Atocha or Chamartín stations.

Do not forget that even if there is a direct train between Alcalá and your destination, it might be faster going to Madrid and taking another one. For instance, the journey between Alcalá de Henares-Barcelona is eight hours long and can only be done during night. However, if you get closer to Madrid, you may go on an AVE [high speed train] that takes less than three hours, with no timetable restrictions, as there are more than 20 trains per day.

Though AVE is more expensive than a regular train, if you plan your travel in advance and you have flexible dates, it is possible to find good offers in Renfe website. Besides, take into account that it is always cheaper to buy a return ticket. Here there is more information to read about AVE.

If travelling by bus or train dislikes you, there is a third option: to take a flight . Going to Madrid airport from Alcalá is possible thanks to the interurban line 824 , which runs between 6:30 and 22:00 week days and between 7:30 and 22:30 on Saturdays, Sundays and holydays. Remember that Saturdays, Sundays and holydays bus frequency ranges are an hour. Such route to the airport takes about 50 minutes. Here there is available much more about the bus.

Madrid-Barajas airport is the biggest of Spain, so you will find connections to any Spanish important city you want to set foot in, in case it has an airport. Here you can access much more information about the airport.