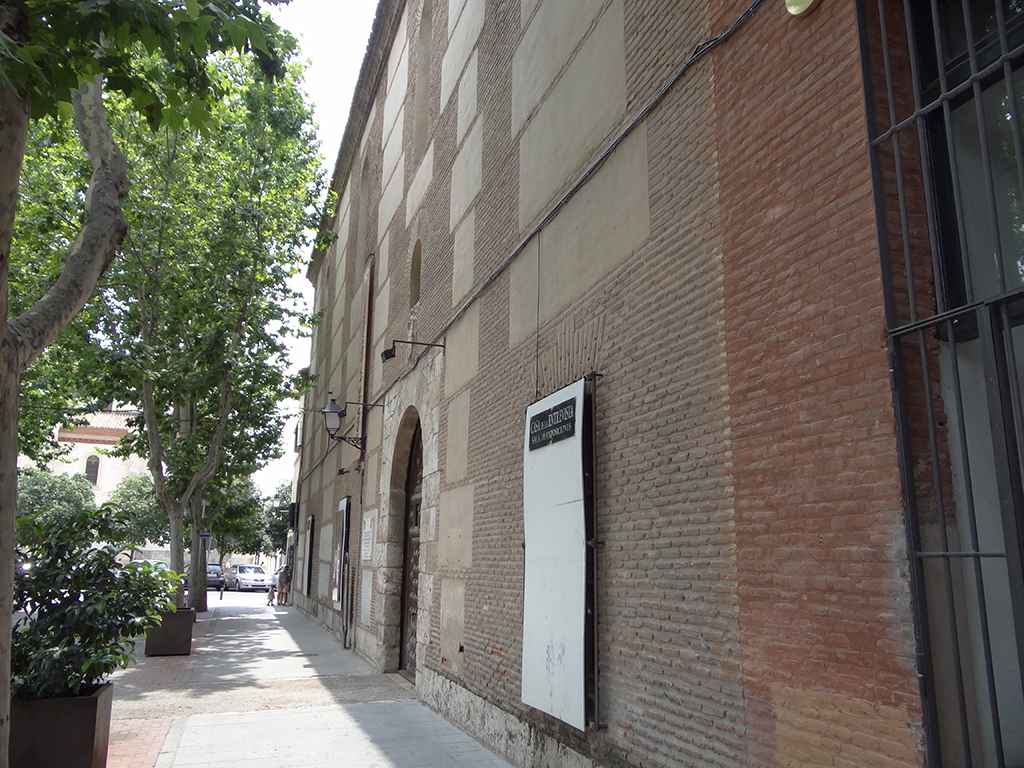 The buildings of the present Casa de la Entrevista and the neighbor primary school “Cardinal Cisneros”, in the same road, were in the old times an only great Mudéjar house in which, in 1508, Cardinal Cisneros found the San Juan de la Penitencia Convent to Franciscan nuns, maids school and woman hospital. The convent had eleven gardens, some of them, small and secluded, might be seen in the Casa de la Entrevista its own.

The convent was the first Cardinal Cisneros ordered to open and it was one of its favorites, as it proves the fact that he left important personal effects to the institution once he died (such as his ebony scepter) to the nuns who lived there. They even named themselves “Saint Claire’s nuns of Cisneros”.

As the time went by, the building started to deteriorate until nuns, known as “the Juanas”, had to left and moved to their current place at calle Santiago in 1884. The architectural collapse had as a consequence the loss of some precious sixteenth century frescos and a considerable part of the building, just the convent church and the cloister remaining. The former is today the Casa de la Entrevista and the latter, a garden into the adjacent primary school.

The building was disused until that, thanks to the old Instituto de Cultura Hispánica—current Spanish Agency for International Development Cooperation—was restored in 1968 and allocated  as artistic exposition hall and Latin American library, depending on the City Council.

Nowadays, painting and sculpture exhibitions are constant, besides concerts and some other cultural activities available to visit in Casa de la Entrevista. In addition, every year in Christmas period, a wonderful chrèche or Nativity representation (the story of Jesus birth into the stable at Bethlehem in a small scale performance with realistic figures, buildings and landscapes) carried out by some local artisans.

The library owes its specialization in history and related disciplines with Latin American to its name, Casa de la Entrevista. The interview naming the house is the one that took place between Isabella I of Castilian, Catholic Monarch, and Christopher Columbus. It was the first meeting of a row and set the seed of what it would turn into the discovering and meeting with the continent now known as America.

The interview, celebrated close to the Archbishop’s Palace, at the back of calle San Juan, the 20th of January of 1486, took place where Casa de la Entrevista is situated today. Thus, this building received its name to commemorate so relevant event. On the façade, it is worthy to stand out the Cardinal checkered coat of arms and the doors’ iron fittings in which, besides Cisneros’ coat of arms, other coats with Columbus motifs can also be contemplated.

Next to Casa de la Entrevista, the public primary school “Cardinal Cisneros” is situated, whose garden was the old cloister of San Juan de la Penitencia convent. The garden has been recently restored and, as a result, there is square shape, middle size backyard, with two heights. The superior floor has lumbers Renaissance style in their low part, four of which hold the Cisneros’ coat of arms.